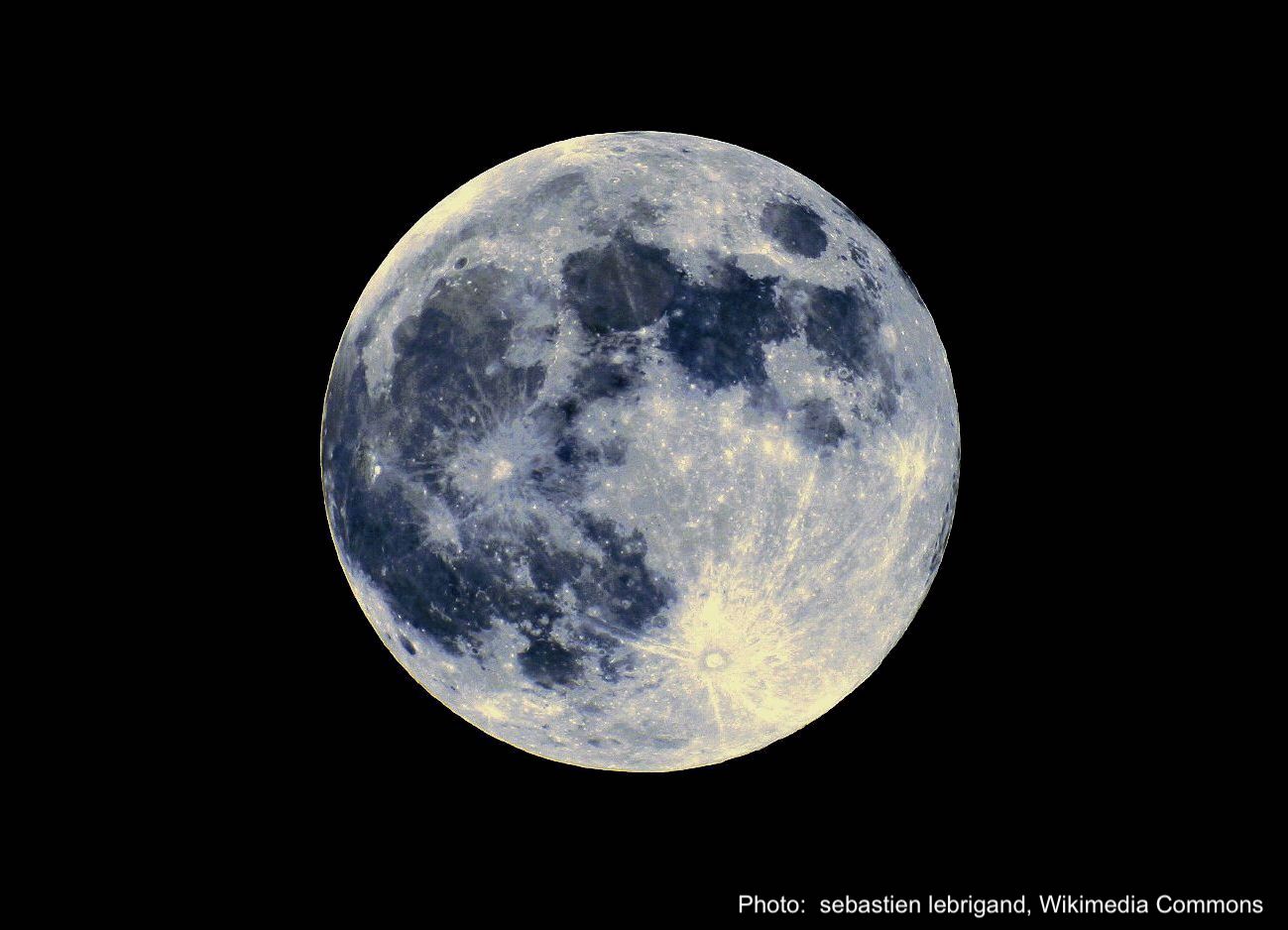 I just read an interesting article in my local newspaper, Le Soleil, about the influence (or lack thereof) of the moon on temperature. This contradicts a very popularly held belief, that is, that a full moon brings more than its share of cold weather and even frost, a belief that seems widespread in temperate climates. (Gardeners always seem to be looking for something to blame frost on!)

I’ve always claimed the moon has no influence on temperature, but it turns out I’m wrong, but just a smidgen (I allow myself a minor mea culpa). According to the experts in this article, there is a slight influence, but one so small that only a meteorologist would notice it.

Below I’ve translated some excerpts of the French-language article Vérification faite: la lune peut-elle amener du temps froid? And do note it was written for readers in Quebec City, Canada, which explains the references to that city.

STATEMENT: “We just had unusually cold weather for the end of May. My brother-in-law tells me that this is not surprising, because the full moon had not yet occurred. Faced with my skepticism, he replied that all farmers know that a full moon brings frost. But I still don’t see how the moon can influence the temperature. Are there any scientific studies confirming or disproving this belief?”

Question sent in by Michel Renaud.

The moon has very, very little influence on the weather, says Simon Legault, meteorologist at Environment Canada. “What guides the weather are above all two forces. First, the sun, which heats the soil and the air and creates convection [editor’s note: warm air that rises]. And then the rotation of the Earth. These are the two main ones. There is also, of course, a series of other factors that come into play, such as the oceans, but their influence is not as strong. (… And with regard to the virtual absence of the moon’s effect), let’s just think about the fact that Quebec City and New York are two cities situated relatively close together and which therefore have the same phase of the moon at the same time, but which can nevertheless have very different weather conditions.”

This doesn’t mean that the moon has absolutely no influence on the weather, continues Mr. Legault. But just that “it’s really minimal.”

The attraction of the moon creates two tides: oceanic tides and the lesser-known atmospheric tides where a small “surplus” of air is drawn to the side of the Earth where the moon is located. So, for example, one can imagine that the ocean tide has a certain influence on the temperature of the air near the coast, by enlarging the water mass—which would theoretically have a cooling effect in summer and a warming one in winter. Except that it only makes an absolutely minimal difference, specifies Mr. Legault, because “the tide doesn’t really stir the water column, therefore it doesn’t facilitate thermal exchanges with colder water at greater depths”. This means that the temperature of surface water barely changes due to tides and, since it is through this surface that water can absorb or release heat to the atmosphere, tides therefore scarcely influence these heat exchanges.

One might also imagine that by drawing a bit more air to one face of the Earth, the moon could have a certain influence on the winds. But again, says Legault, the effect is infinitesimal. “If winds not influenced by the moon blow in one direction, with the moon present, there might be a just tiny influence. But if even if that did make a difference, it would only be at a considerable altitude. Near the ground, it’s the position of the weather systems that play the most important role, because air is attracted to areas of low pressure, and the other main influence is the terrain’s relief.”

In any case, he points out, if the moon has any influence on the weather, it can only be global, not regional. In this regard, there are indeed some studies that have shown an effect of the moon on the weather. It is absolutely imperceptible unless you have enormous technical means, but it does exist. For example, in 1995, two American researchers published in the journal Science a study showing that the Earth’s atmosphere was warmer during a full moon than during a new moon, and this by a margin of … only 0.02 °C. The mechanism behind this phenomenon is unclear, but it might be explained by the fact that the full moon reflects more of the sun’s rays back to Earth than the new moon.

Likewise, another study published in 2016 in Geophysical Research Letters showed that atmospheric tides induced by the moon cause changes in relative humidity, which in turn increases precipitation when the moon is close to the quarter of its cycle. But that makes a difference of less than 1% on rainfall, and it took analyzing data from several thousand weather stations to detect it.

Finally, note that the cold snap at the end of May this year can very well be explained by the fact that the air masses above Quebec City are less stable in spring and fall. What determines temperature, explains Legault, are primarily the air masses present at any given time, and those air masses usually move due to jet streams—very powerful winds that blow a few kilometers above sea level. Roughly speaking, when these jet streams head north, the area will profit from a mass of warm air; this is usually what happens in the summer. And when these currents turn towards the South, that brings in a mass of colder air coming from the North; this is usually the situation in winter. However, says Legault, these jets often alternate between blowing north and south in the spring and fall and that can cause major temperature swings, like the ones experienced in May this year.

The statement is false. While the moon cannot be said to have absolutely no influence on the weather, it is still an extraordinarily minor factor. The cold that southern Quebec experienced at the end of May is much better explained by the unstable air masses that are a characteristic of spring.

2 comments on “Does the Moon Cause Cold Weather?”