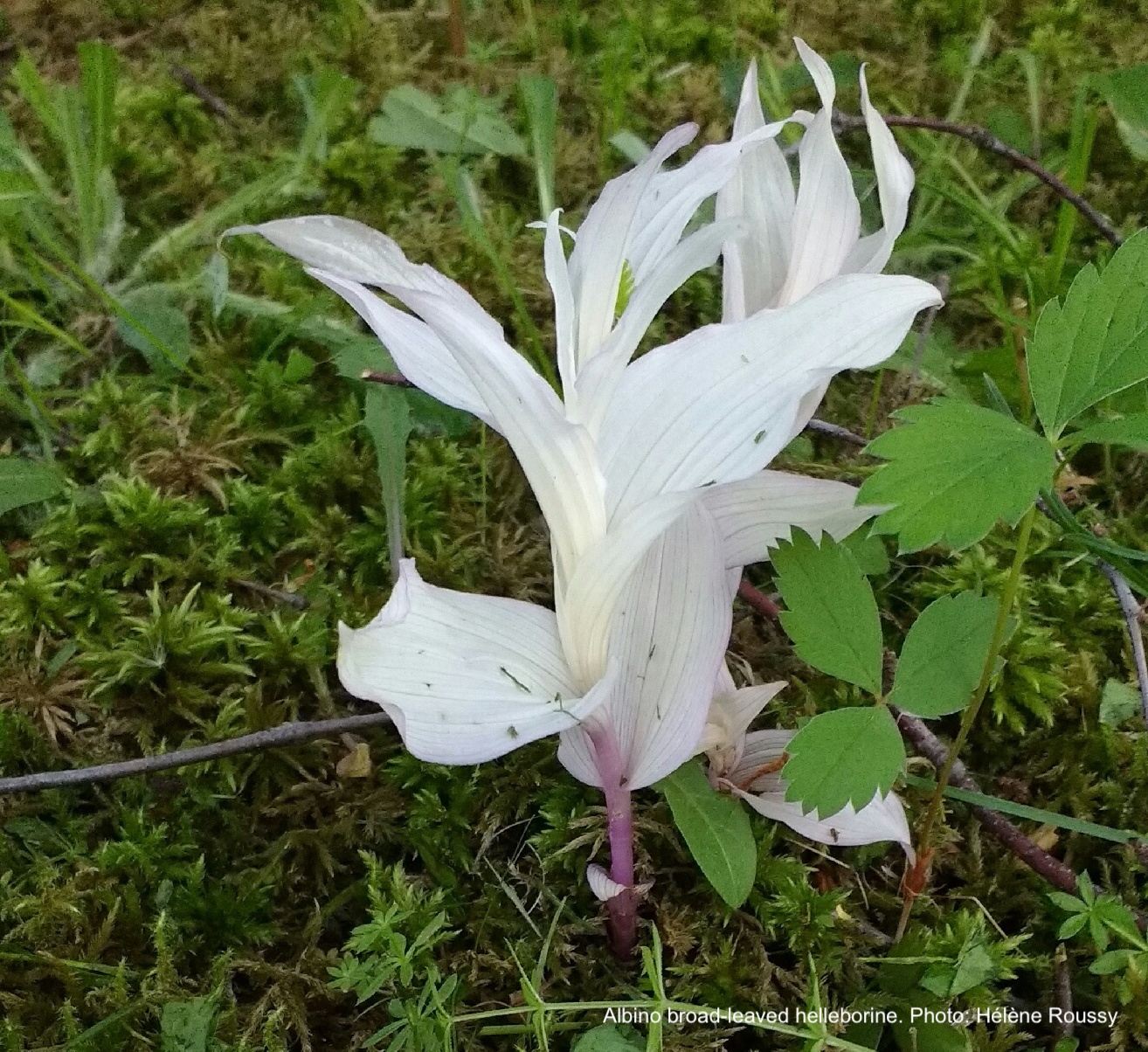 Question: I’m sending you a photo of what I believe to be a white hosta. I was wondering if you had any information about it. The base of its stem in shades of pink intrigues me. I found it growing in an abandoned garden. Is this variety available in nurseries?

In most plants, an albino seedling would not live long. It would germinate readily enough and could live for a time, until the energy reserves contained in the seed run out, but then, having no photosynthetic green cells that would allow the plant to absorb solar energy and thus produce its own carbohydrates, it would die rather quickly.

In some orchids, however, the albino plant can continue to live on well after germination, because orchids have a somewhat different life cycle than most other plants, one that can have, in this case, long-term consequences.

The dustlike seeds of orchids have no energy reserves and, outside of a laboratory, they only germinate when in contact with an appropriate mycorrhizal fungus (many species in different genera can be used:  Helotiales spp., Peziza spp., Leptodontidium spp., etc.). After germination, this association is maintained in many orchids, with the plant acting essentially as a parasite on the fungus, taking some of its carbohydrates and minerals. Only when the plant produces its first green leaves, followed by its own carbohydrates, does it start to share its surplus energy with the fungus, resulting in a symbiosis beneficial to both.

But if the orchid is an albino, with no chlorophyll, and thus could never survive on its own, it can still grow as long as it maintains its association with the fungus. It can therefore be considered parasitic: it takes from the fungus, but gives nothing in return.

Plants that are dependent on fungi for their survival are said to be mycoheterotrophs or mycorrhizal cheaters.

The normal green-leaved form of helleborine is only a partial mycoheterotroph (it is said to be a mixotroph). Although strictly a mycoheterotroph at germination and during rhizome formation, it begins to produce most of its own carbohydrates once its green leaves appear. At this point, the relationship with its fungus becomes a symbiosis: each shares with the other. This mixotrophy (energy from fungi as well as the sun) helps the broad-lived helleborine grow in very shady locations where there would not normally be enough solar energy to allow vigorous growth.

The albino variant still remains entirely dependent on its associated fungus, however, but survives as a full mycoheterotroph. Such a situation isn’t common, but is certainly not unknown.

Not that this state doesn’t adversely affect the plant’s growth. Typically, an albino broad-leaved helleborine remains stunted compared to a normal plant, rarely reaching more than 6 ½ inches (17 cm) in height while the species can grow from 12 to 32 inches (30 to 80 cm) in height. It likewise produces thinner leaves, fewer flowers (they are always pink or white unlike the usual greenish flowers of the species) and very few seeds. Also, it seems less vigorous overall and more susceptible to disease. It is also possible that its exceptional coloring might attract the attention of herbivores with fatal results.

Some Plants Are Always Albinos

Living as an albino looks like an unpromising lifestyle choice for a plant, but has nonetheless been adopted by quite a few of them, including around 250 species of orchids. In most cases, mycoheterotroph orchid species (both albino and fungus dependent) live discreetly underground and are only visible at the time of flowering, at which time a white or pink flower stalk suddenly arises from the earth to ensure seed production and thus another generation. Often such plants are found in the darkest forests, having evolved to live where there is not enough light for photosynthesis.

To answer your final question, as to whether this unique albino broad-leaved helleborine is sold in plant nurseries, I don’t believe so, neither as a plant or as seed. It’s far too delicate for that. After all, you need to care for both the plant and its fungus. But when you find one in nature—and an albino plant can appear in a forest, in a field or even, as you yourself noted, in a garden! —, you can at least marvel at this ghostly white plant so different from all the plants around it!