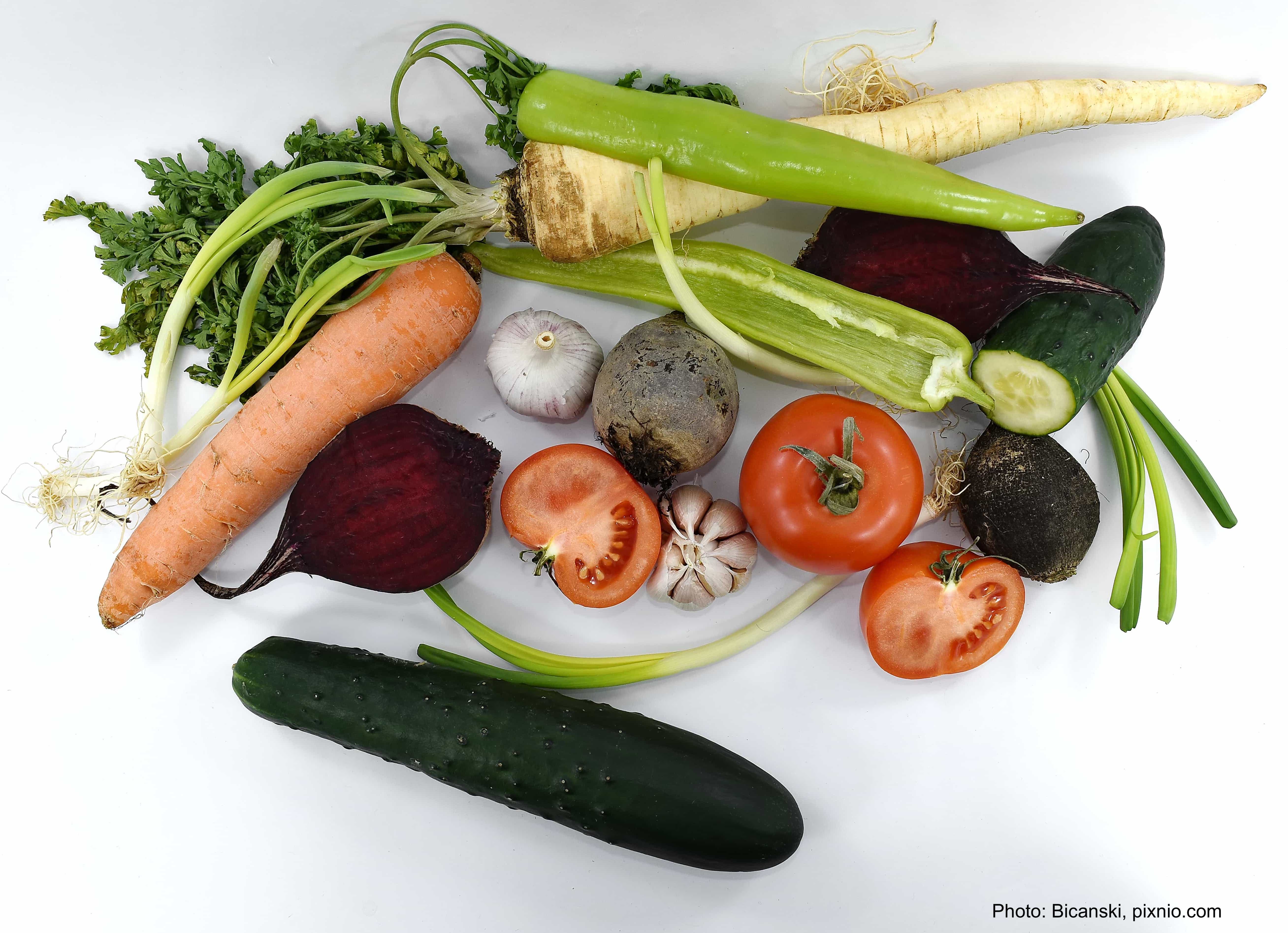 We’re used to eating just one part of most common vegetables, two at the most. Immature flowers from cauliflower plants, fruits from cucumber plants, roots from a carrot, etc. When you buy vegetables, most often all other parts have already been removed, so you eat what you get. But in the home garden, you have access to the entire plant, so you can easily experiment with its other edible parts.

And the choice is vast! On many vegetables, almost the entire plant is edible. Indeed, when you’re thinning seedlings, you can almost always eat them … the major exception being those in the Solanaceae (tomato family).

Below you’ll find a list of common vegetables and some of the other parts you can eat.

Do note that there can be certain restrictions on using unconventional parts. You’ll often find, for example, that the leaves are indeed edible, but especially when young, or that they need cooking to be palatable. Or that the plant part has a stronger taste than the one usually eaten, or an insipid taste, a taste that may not be to the liking of some people. So, experiment a bit … or look up recipes for the “plant part” on the Internet!

Warning: I’ve included tomato and eggplant (aubergine) leaves as “edible in small quantities.” Both are known to contain toxic substances, but not enough to cause poisoning when used in moderation.

Their cousin the potato, on the other hand, is an example of a vegetable where only one part can be used (the tuber). All other parts—and even green parts of the tuber!—are poisonous.

Two vegetables with poisonous parts are rhubarb, whose leaf stem (petiole) is edible while the leaf blade itself is slightly poisonous, and asparagus, whose red berries are likewise slightly poisonous and could cause stomach upset if eaten.

3 comments on “The Other Edible Parts of Common Vegetables”