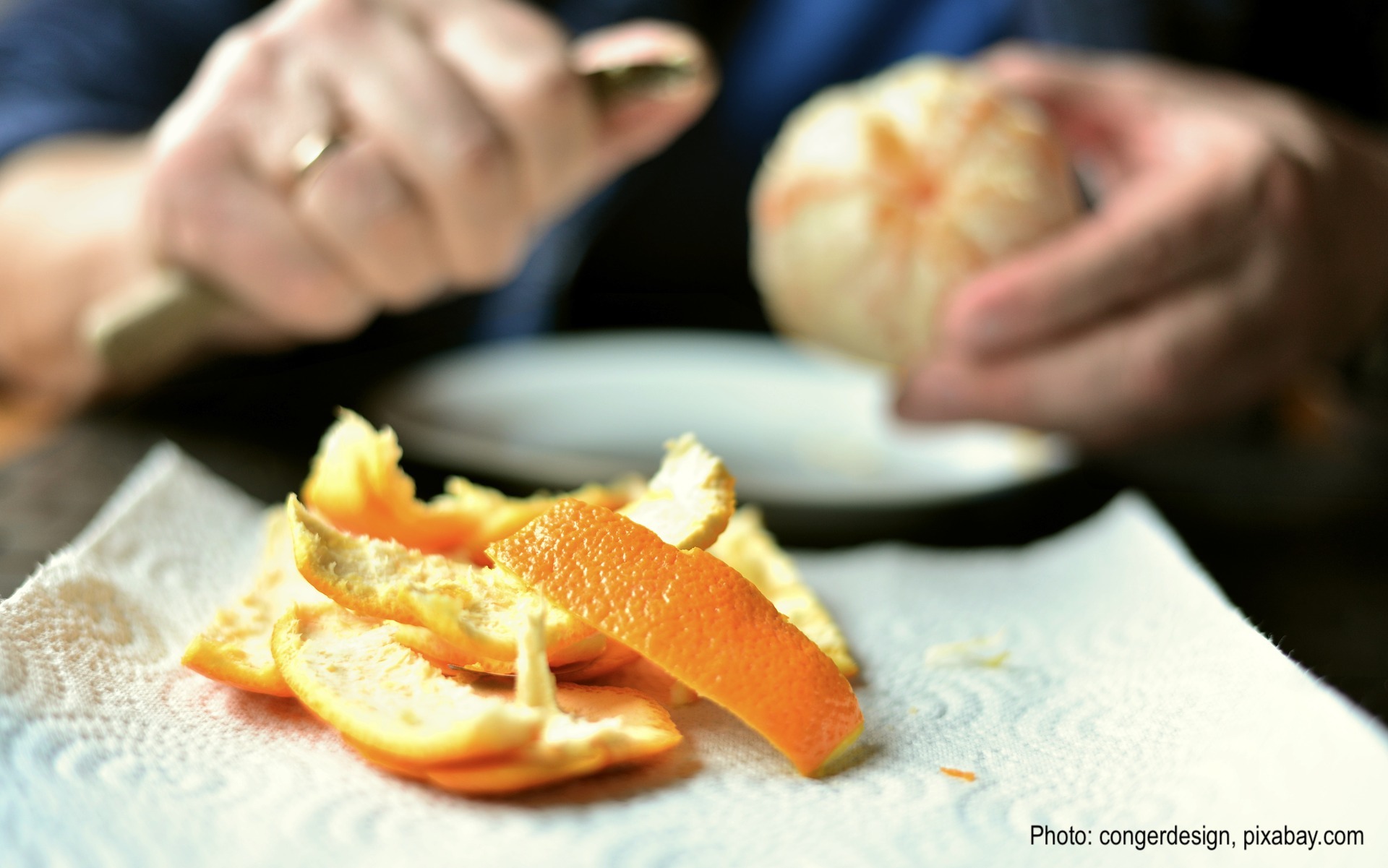 This is an old myth dating back at least to when I started seriously composting 40 some odd years ago.

We were told at the time you shouldn’t put citrus peels or indeed any part of a citrus fruit (orange, lemon, lime, tangerine, mandarine, etc.) in the compost bin because the peel contained “natural chemicals” that would repress earthworms or microbes. Or were too acid and that would have the same result. Or that citrus parts take too long to decompose. Or that the resulting compost would be too acid. Or that citrus are chemically treated for better conservation and that will “poison” the compost. Or … there were plenty of other reasons given.

That information still continues to circulate today, even on some government websites encouraging home composting. Fortunately, more and more information sources are updating their information.

Because citrus peel, seeds, flesh, leaves, etc. are all perfectly fine additives for any compost bin. True enough, if you put only citrus in the bin, it will take longer to decompose. And it’s always best to cut whole fruits or big pieces of rind into small pieces: small pieces of almost anything decompose faster, as that gives microbes more surface to work on.

Ideally, you’d do as you would with any other product added to the compost pile: that is, since citrus are considered “greens,” you’d balance them out with an equal or greater quantity of “browns.” If you do that, you’ll be amazed at how quickly anything that even looks like a citrus disappears from the bin.

Earthworms are said not to like citrus … but they usually don’t enter the decomposition process until fairly late and by then the citrus part will have been decomposed enough by bacteria, fungi and other compost denizens that worms will have no problem with them.

I used to put orange peels in my worm compost bin (still said to be a no-no on many worm composting sites) and yet they ate them quickly, in just a few days. The worms didn’t seem bothered at all. Of course, that was in moderation: the peels of one or two oranges a week. If I had put in nothing but orange peels into the bin, that might be a problem: worms do like variety!

As for the “excessive acidity” thing, we put plenty of acidic products in compost bins (tomatoes, for example) and there has never been a problem with them. Just about anything you compost will seesaw from acid to alkaline and back again at various stages of its decomposition, depending on which microbes are digesting them at the moment, most mellowing into a very acceptable pH range of 6 to 7 by the end of the process. And citrus residues are no different.

But what about the chemical treatments given to citrus? If you’re not buying organic citrus, sure, they’ve been treated! But then pretty much all store-bought fruits (grapes, apples, strawberries, cherries, etc.) are too. Just rinse your fruits beforehand. Even if you don’t rinse, microbes are amazing things and will decompose almost anything, even those chemicals. Ideally, buy organic products (for all sorts of reasons), but if you don’t … just don’t worry about it. It’s always environmentally more sound to compost refuse even if it might still contain chemical residues than to bury it in some landfill site!

So, don’t hesitate to put (preferably chopped) citrus waste into the compost bin. It’s just a decomposable plant residue like any other!

8 comments on “Garden Myth: You Shouldn’t Put Citrus Peels in the Compost”