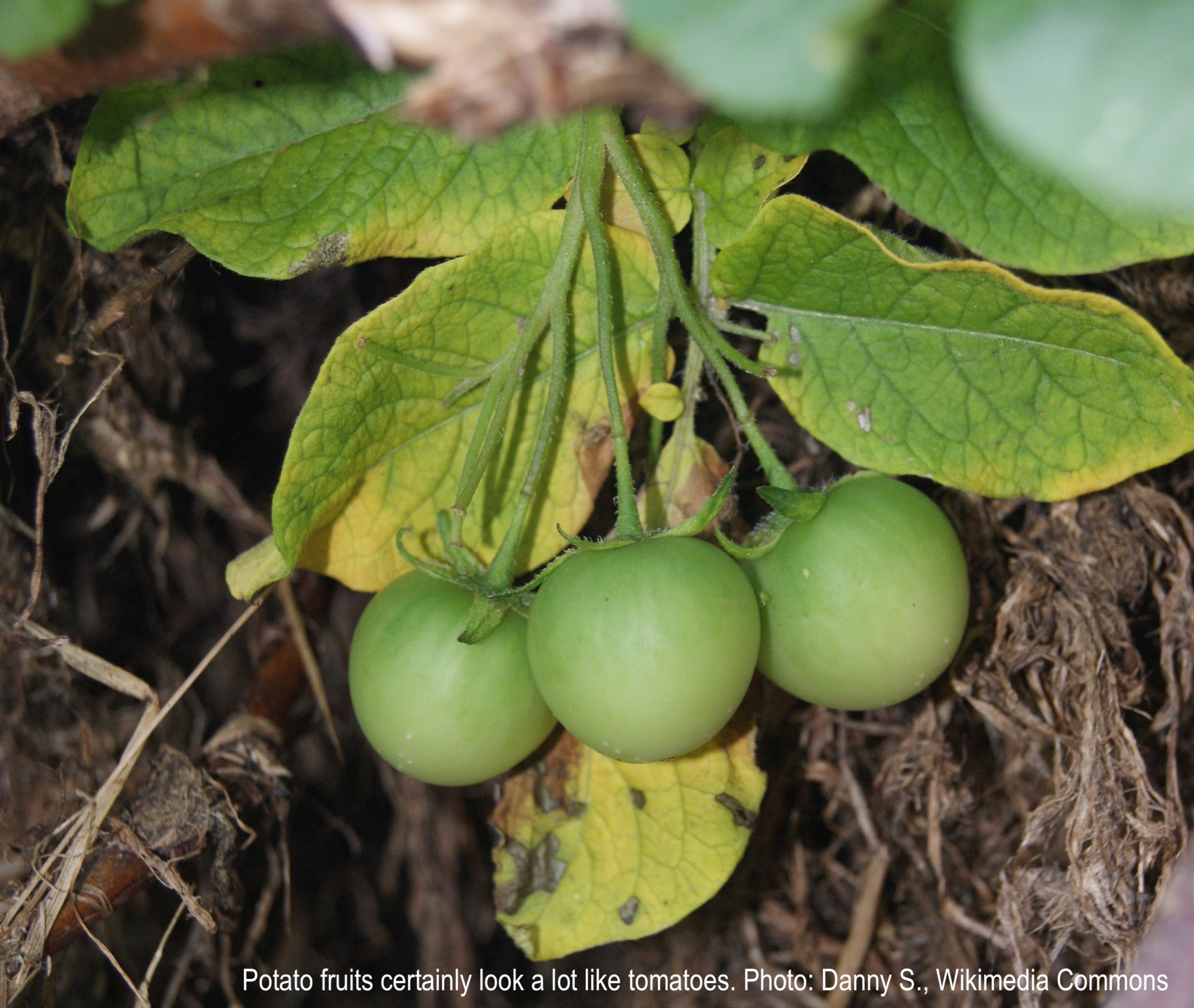 Question: I was amazed to see that my potato plants have produced little green tomatoes. A lot of them even! How could this even be possible?

Answer: Actually, the fruits (they can be green or purple), about the size and shape of a cherry tomato, are not tomatoes, but instead true potato fruits. The tomato (Solanum lycopersicum) and the potato (S. tuberosum) are close relatives, both belonging to the Solanaceae family. So, it’s not all that surprising that their fruits look much alike.

What is so surprisingly to most gardeners is that they see potato fruits so rarely. Many people have grown potatoes their entire life and have only seen fruit a few times. That’s because potato plants usually don’t produce fruits … at least, not under standard garden conditions. And there are several reasons why not.

It’s important not to eat the “false tomatoes” that grow on potato plants, as they’re poisonous! In fact, all parts of the potato are poisonous except the tuber.

On the other hand, you can put the fruits to good use. When your plant produces fruits, simply let them ripen on the plant (the fruit changes color or softens when ripe), then harvest, dry and store the seeds. Then, next spring, sow the seeds indoors (exactly as you would sow tomato seeds) in order to produce potato plants for the coming season.

Transplanted to the garden, the potato seedlings you produce will grow into potato plants that will, in late summer, produce tubers … edible ones, of course. On the other hand, the color of the skin and the flesh, the shape, the size and the quality of the tubers can vary, because cultivated potatoes are of hybrid origin and don’t come true to type from seed (the seeds don’t produce plants identical to those of the mother plant). So, you never know what the tubers will be like until you harvest them!

Potato fruits: they may look like green tomatoes, but they aren’t. And they’re poisonous. So, no fried green tomatoes with these fruits!

7 comments on “When Tomatoes Grow on a Potato Plant”