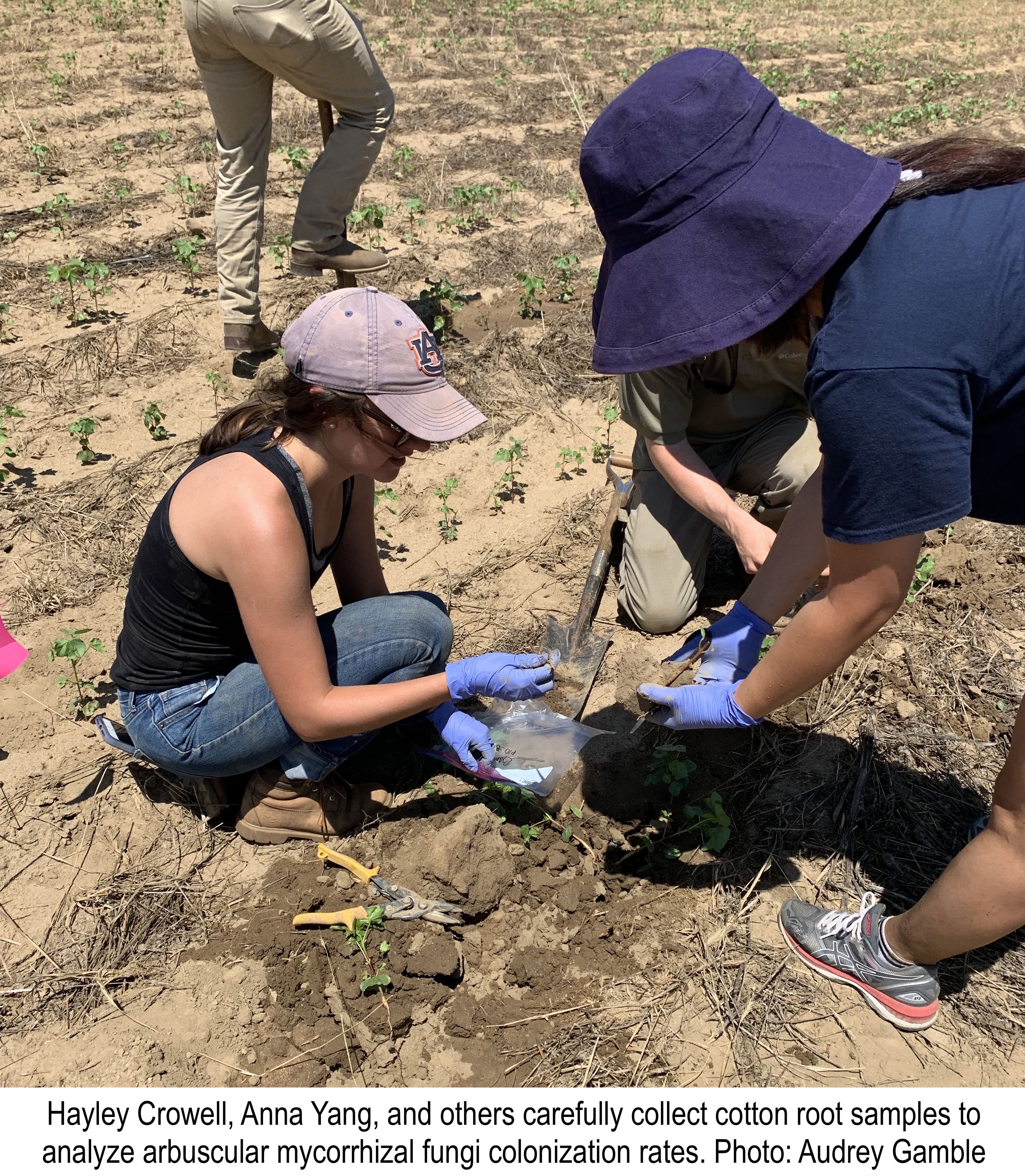 Fungi play very important roles for plants and subsequently, humans. This article takes a look at how these “living fertilizers” can help the soil—and our crop production systems, too.

For over four hundred million years, arbuscular mycorrhizal fungi have been forming symbiotic relationships with plants around the globe. Found on almost every continent and in approximately 80% of vascular plants, these important fungi play a pivotal role in plant nutrient uptake in diverse ecosystems.

These important fungi begin their life in the soil—in the area where roots can grow. Plants release hormones that help the fungi grow. The plants release the hormones to increase the chance of a root-fungus interaction.

Plants seek to interact with arbuscular mycorrhizal fungi to create a mutually beneficial relationship. Once the fungi and plant roots meet, the fungi penetrate the root cells. From there, the fungi create and establish incredible structures called arbuscules, which were named for their tree-like structure.

Due to their many branches, arbuscules have a high surface area. This allows the fungi to efficiently exchange many different nutrients with the plant. Arbuscular mycorrhizal fungi are known for increasing uptake of phosphorous in the plants they interact with. They can also provide greater uptake of nitrogen, potassium, zinc, and more.

Meanwhile, in the soil, arbuscular mycorrhizal fungi form an extensive network of hyphae. The branched hyphal system acts as an extension of the root system. This provides greater access to nutrients that would have otherwise been out of reach. This longer, extensive hyphal system can reach into soil pores that were previously too small for the root system to explore.

Although arbuscular mycorrhizal fungi are small, they are mighty! One gram of soil can contain between one and twenty meters of hyphae. The microscopic fungi can dramatically improve nutrient uptake for its host plant. It is incredible what these fungi do for plants and, subsequently, humans.

Many researchers are exploring arbuscular mycorrhizal fungi’s role in agriculture. Important crops around the world, such as wheat, rice, corn, potato, cotton and soybean, can form relationships with them. Finding ways to use the fungi’s impressive abilities could enable producers to meet the growing demand for food in an environmentally friendly way.

Sometimes referred to as “living fertilizers,” arbuscular mycorrhizal fungi have the potential to maintain yield while reducing some need for fertilizer. These fungi boost nutrient and water uptake. They can enhance soil structure. They even have been shown to improve plant response stresses, such as soil salinization, heavy metal contamination, and extreme temperatures.

With the known benefits, it’s no surprise that researchers are looking to further understand how to protect and take advantage of these powerful, ancient fungi to improve crop productivity in degraded soils and a changing climate.

To read another blog about soil fungi, read Do plants and soil really talk.

The above article was written by a member of the Soil Science Society of America (SSSA), a progressive, international scientific society that fosters the transfer of knowledge and practices to sustain global soils. It provides information about soils in relation to crop production, environmental quality, ecosystem sustainability, bioremediation, waste management, recycling and wise land use. Be sure to subscribe to the Soils Matter blog to receive all their blogs.

0 comments on “There Is a Fungus Among Us!”