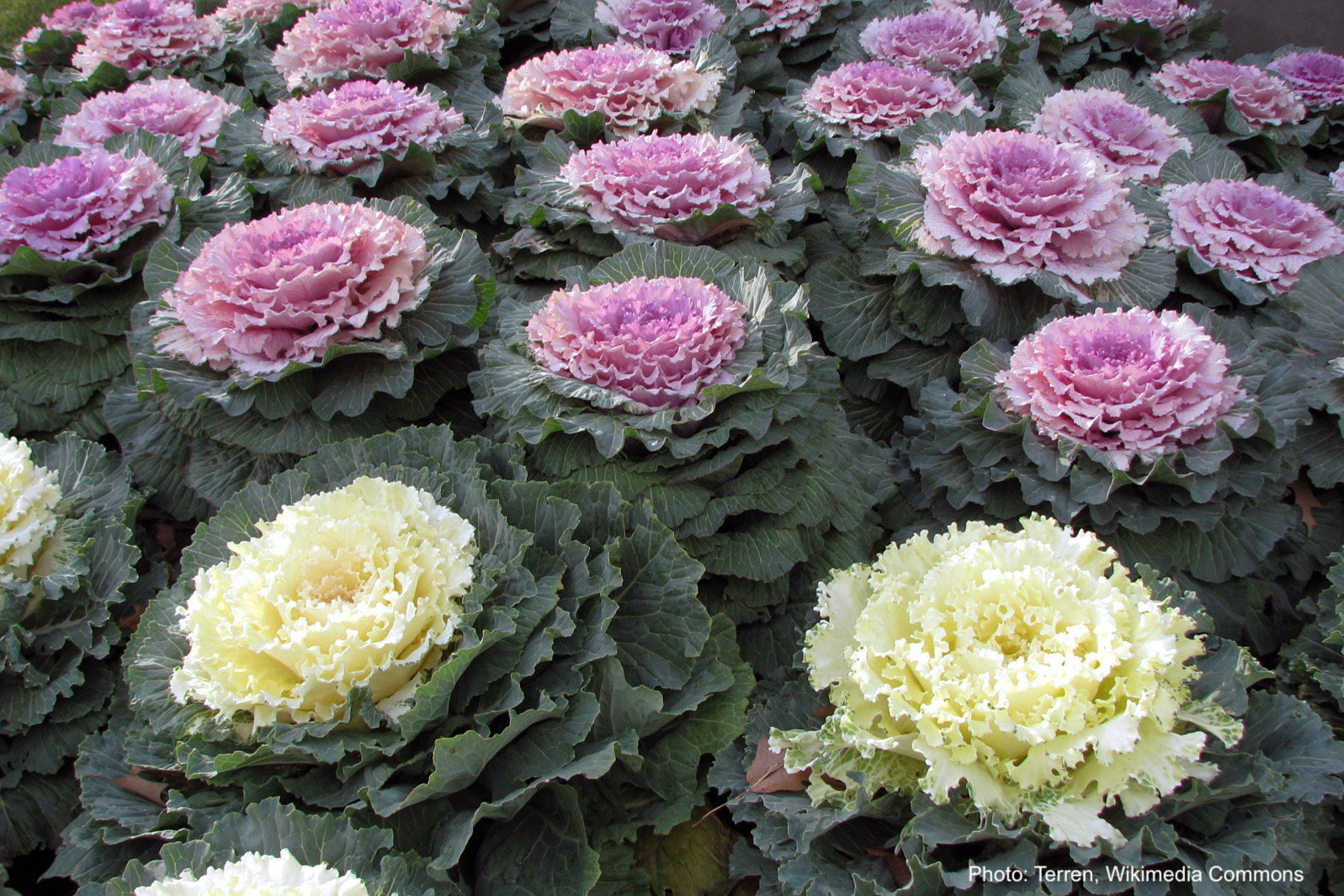 Question: This spring I sowed some flowering cabbages and it was a huge success: they’re absolutely beautiful and so easy to grow. But as I look at them, I keep wondering if they might not be edible as well. What do you think?

Answer: Of course they’re edible. They are, after all, cabbages (Brassica oleracea) or, to be more precise, kales (cabbages that don’t form a head). They have the same excellent nutritional qualities as any other cabbage and definitely taste like cabbage/kale, though their flavor is perhaps a bit more intense than certain strictly edible varieties. Like most cabbages, their taste is sweetened by exposure to frost.

I keep hearing suggestions that they’re extra tough and therefore unpalatable, but I don’t find that to be true. In Asia, where they’re highly prized, they’re widely used in cooking and you don’t hear any such complaints. Back when there were salad bars (pre-COVID, that is), some restaurants used them to add edible color to their fall displays. And caterers still often use the colorful leaves for dips.

I prefer to call them ornamental cabbages rather than flowering cabbages, as the beautiful color in the center of the plant is not a flower, but simply colored leaves. After a summer growing and taking on a rather classic frilly kale appearance, with an open rosette of blue-green to reddish-green leaves, the center leaves turn white, pink, red, lilac, etc. in response to the cool temperatures of fall. In mild climates, they keep their color all winter and are used as winter annuals. In colder ones, they remain attractive right through the fall (they’re not damaged by even repeated freezes), but snow usually hides them eventually.

The actual bloom of a “flowering cabbage,” if there is any, will take place next spring … if you leave them in the garden over the winter, that is. They’re biennials and flower in their second year. Tall stalks of pale yellow flowers appear: quite remarkable in their own right.

However, in many areas, you may need to protect overwintering ornamental cabbages from the cold: most aren’t frost resistant below hardiness zone 6.

7 comments on “Are Flowering Cabbages Edible?”