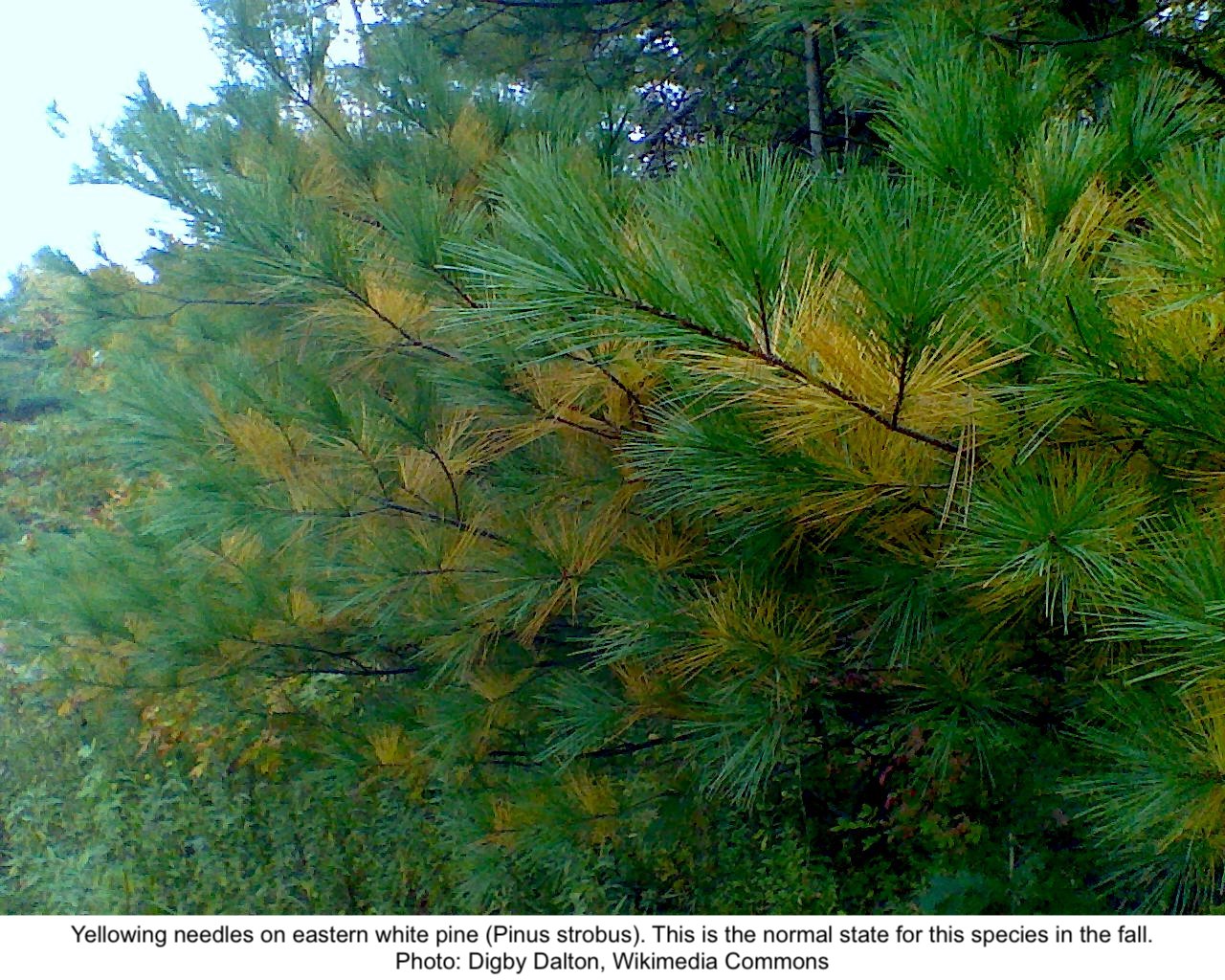 Often gardeners are worried when they see needles of their conifers turn yellow in the autumn and drop off the plant. After all, aren’t conifers supposed to be evergreen?

First, let’s eliminate from this discussion the conifers that lose all their needles in the fall and from which even beginning gardeners expect nothing less, a very small group that includes larches (Larix spp.), bald cypresses (Taxodium spp.) and the dawn redwood (Metasequoia glyptostroboides).

The vast majority of other conifers are indeed “evergreen.”

However, conifers are evergreen in the sense that most keep enough needles through the winter that they seem fully covered, but even so, old needles do fall off throughout the year, mostly abundantly in the fall.

Usually old needles turn yellow first, then turn reddish brown before falling, but this varies by species. And since it’s the older needles that drop off, that is those on the inside branches of the tree, the loss is partly hidden, so it’s not something you always notice.

But My Conifer Is Losing More Needles Than Usual!

Before jumping to the conclusion that your conifer is dying, let’s look at the other possibilities. Here they are, more or less in order of probability:

Even if you do suspect your conifer really has a problem, generally there is not much you can or should do in the fall, other than watering if the soil is dry. Otherwise, it’s best to wait until spring to decide what should be done (treatments against insects or diseases, fertilizer application, correcting the soil pH, transplanting to a more suitable location, etc.).

And very often in the spring, even though you were sure you had pinned down the needle loss to something important the previous fall, you discover that, ultimately, when the new needles grow in, the plant really didn’t have a problem after all.

Yellowing conifers needles in the fall: they’re usually just a tempest in a horticultural teapot!

Adapted from an article originally published in this blog on October 5, 2016.

3 comments on “Yellowing Conifers Needles: Not Always a Problem”