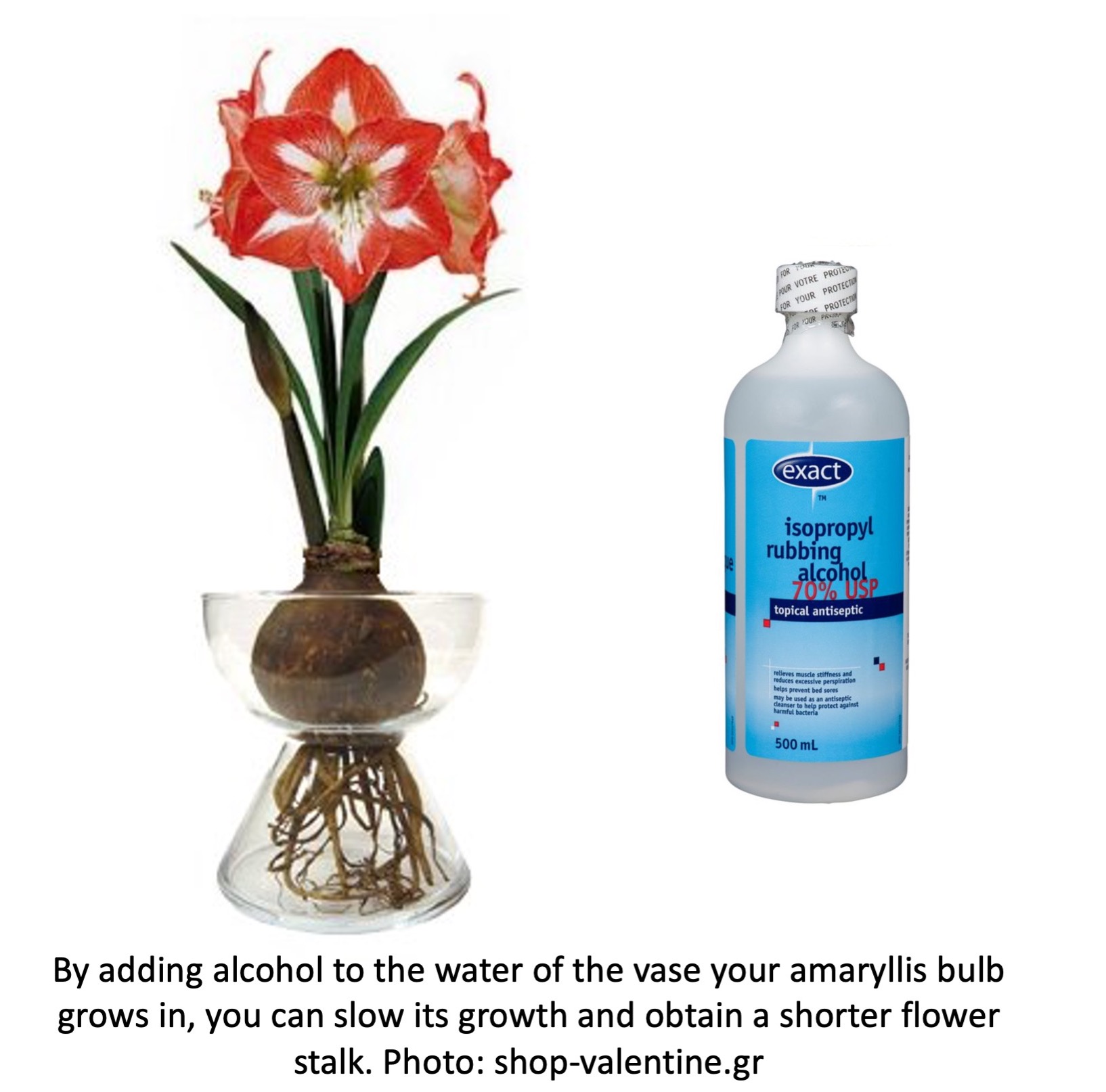 Question: Every year I buy an amaryllis bulb for Christmas and put it in a vase of water to make it bloom. I follow a tip from style guru Martha Stewart who recommends putting a little rubbing alcohol in the water to shorten the bulb’s flower stem so it won’t fall over. But when should it be applied?

The actual technique was developed by Cornell University’s Flower Bulb Research Center, apparently following an incident that occurred at their 2002 Christmas party. A drunken student is said to have poured vodka into a vase containing Paperwhite narcissus bulbs that were being forced in water and they grew only about half as high as normal, yet produced perfectly healthy, full-size flowers. Scientists being scientists, they tested this further with other bulbs and various alcohols and found you could indeed reduce stem length of bulbs being grown in water by careful use of alcohol.

Why this occurs is uncertain, but one theory is that, since alcohol is poisonous to plants (as it is to humans and other animals), applying a small amount of alcohol, enough to slightly poison the plant without killing it, may reduce its growth.

Apply the alcohol as soon as new roots begin to form under the amaryllis (Hippeastrum) bulb, emptying the vase of its water and adding the alcohol/water blend instead. The recommended dose is 1 part 70% isopropyl alcohol (rubbing alcohol) to 13 parts water. If you prefer to use vodka, whiskey or another distilled alcohol, the dose would be 1 part alcohol to 7 parts water. Avoid beer, wine, and other sugary drinks.

You can also use this same technique for any bulb you force in water, such as hyacinths and Paperwhite narcissus.

Do note, though, that bulbs forced in water or in stones set in water (with or without alcohol) are hard to recuperate. Normally, you would simply toss them into the compost after they finish flowering. If you want to save the bulb for future blooms, grow it instead in a pot using potting soil.

2 comments on “Drunken Amaryllis Are Shorter”