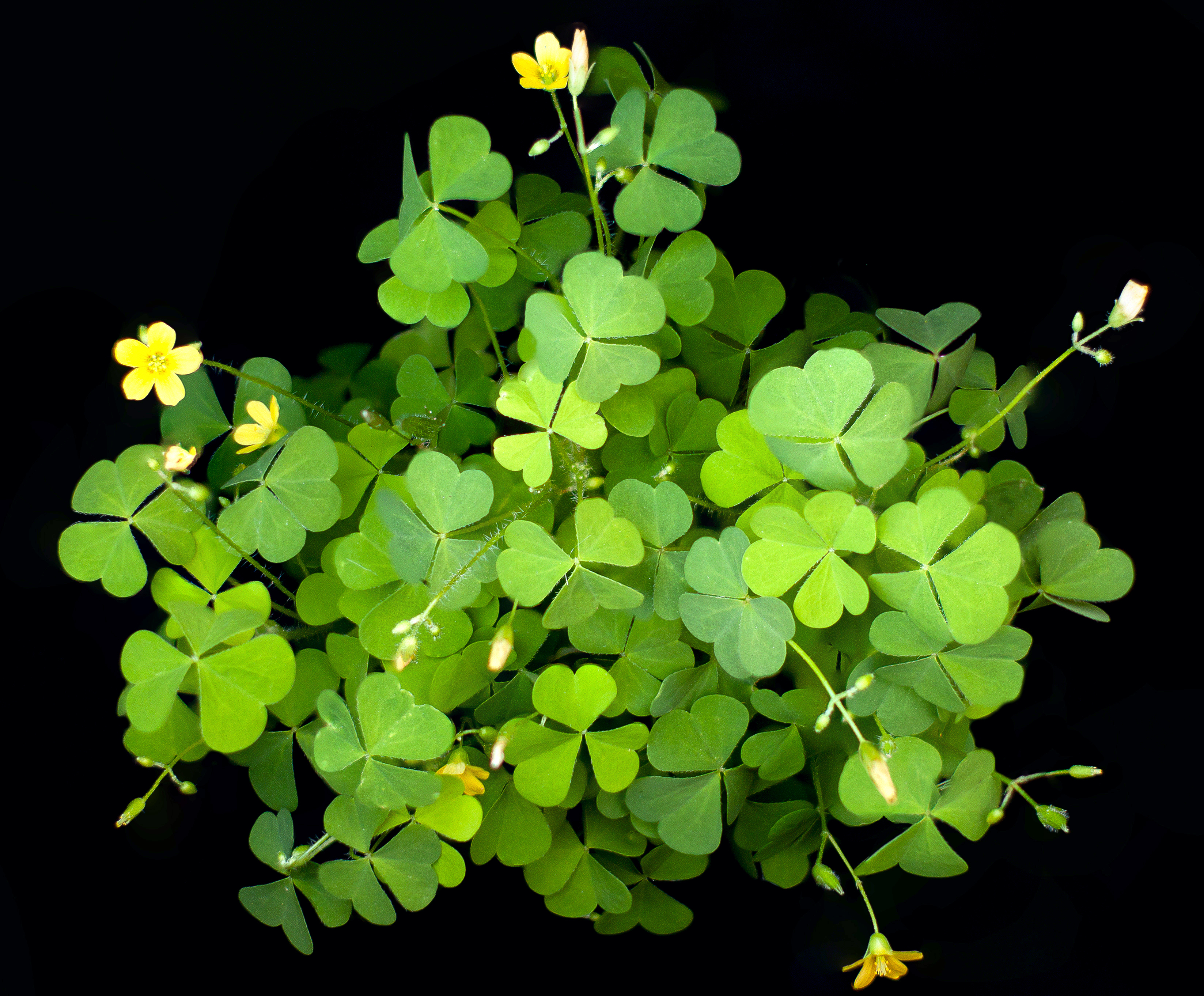 Common yellow woodsorrel can be a difficult weed to control, but this article will help you succeed! Photo: depositphotos

Question: Is there a way to stop weedy oxalis from invading my gardens?

Answer: There are over 500 species of Oxalis, but I’m going to presume you mean common yellow woodsorrel (Oxalis stricta), the most common weedy species in your area.

Common yellow woodsorrel is known under many other names: yellow oxalis, upright yellow-sorrel, lemon clover, sourgrass, sheep weed, pickle weed, etc. And there are other yellow-flowered Oxalis it closely resembles, including creeping woodsorrel (O. corniculata) and slender yellow woodsorrel (O. dillenii). They share many of the same common names and have a similar habit. And need the same type of treatment as well.

Common yellow woodsorrel (O. stricta) is a small weedy plant with a stem that is upright at first (the sense of stricta), but then becomes creeping. Its small leaves are made up of three heart-shaped leaflets that close at night. The leaves are usually green, but can also be reddish.

This three-leaflet arrangement leads many gardeners to assume woodsorrel is a clover, but the two are not related. Indeed, the wide-open, 5-petaled, yellow flowers of the woodsorrel, borne throughout the summer, look nothing like the globular clusters of narrow flowers that make up clover blooms.

This short-lived perennial or annual spreads by seed (the seed capsule explodes when touched, launching seeds up to 16 feet/4 m from the mother plant). However, it also proliferates abundantly by underground rhizomes. It grows in the sun or shade in almost any soil.

This species of woodsorrel is native to North America and parts of Asia, but is also well established as a weed in Europe and elsewhere.

When it comes to trying to keep this plant under control, that can be a bit difficult.

First of all, never try to pull this plant out or hoe it into submission. That only breaks its rhizomes into pieces, each of which produces a new plant. The more you try pulling or cultivating it, the worse the problem becomes!

Instead, try a two-step technique. First, cover the area with at least 3 inches (7 cm) of the mulch of your choice. This will prevent the seeds of future generations from germinating. That’s because the seeds fall through the cracks in the mulch, ending in darkness on the soil underneath, but can’t germinate unless they are exposed to sunlight. Plus, the mulch will help snuff out some of the smaller, weaker offsets that inevitably try to push up through it.

However, some baby plants will be strong enough to make it through the mulch. That’s where step 2 comes in. Whenever you see a stem of woodsorrel emerging from the mulch, cut it off at the base. If you always cut the stems off promptly, the plant won’t be able to carry out photosynthesis and will eventually starve to death. And in addition, cutting it back will prevent flowering and therefore fresh seed production.

You can be sure, however, that the plant will resprout more than once before giving up the ghost, so you have to keep at it: it’s a very stubborn weed!

And while you’re cutting the plant back, have a feast! Its leaves, flowers and seed capsules are edible with a very pleasant tart, lemony flavor, much like sorrel (Rumex acetosa). (That’s where the name woodsorrel comes from since, except for taste, sorrel and woodsorrel look nothing alike!) The thinnings are usually eaten raw, either straight from the plant or in salads, but can also be cooked. Very rich in vitamin C, this plant was once used to treat scurvy, among other medicinal uses.

Obviously, several of its common names, including lemon clover, sourgrass and pickle weed, come from its refreshingly tart taste.

However, don’t eat too much woodsorrel (no more than one cup a day for an adult), as the oxalic acid it contains can inhibit calcium absorption. People prone to gout and kidney stones should avoid it entirely.

Woodsorrel: the weed you can control by eating!