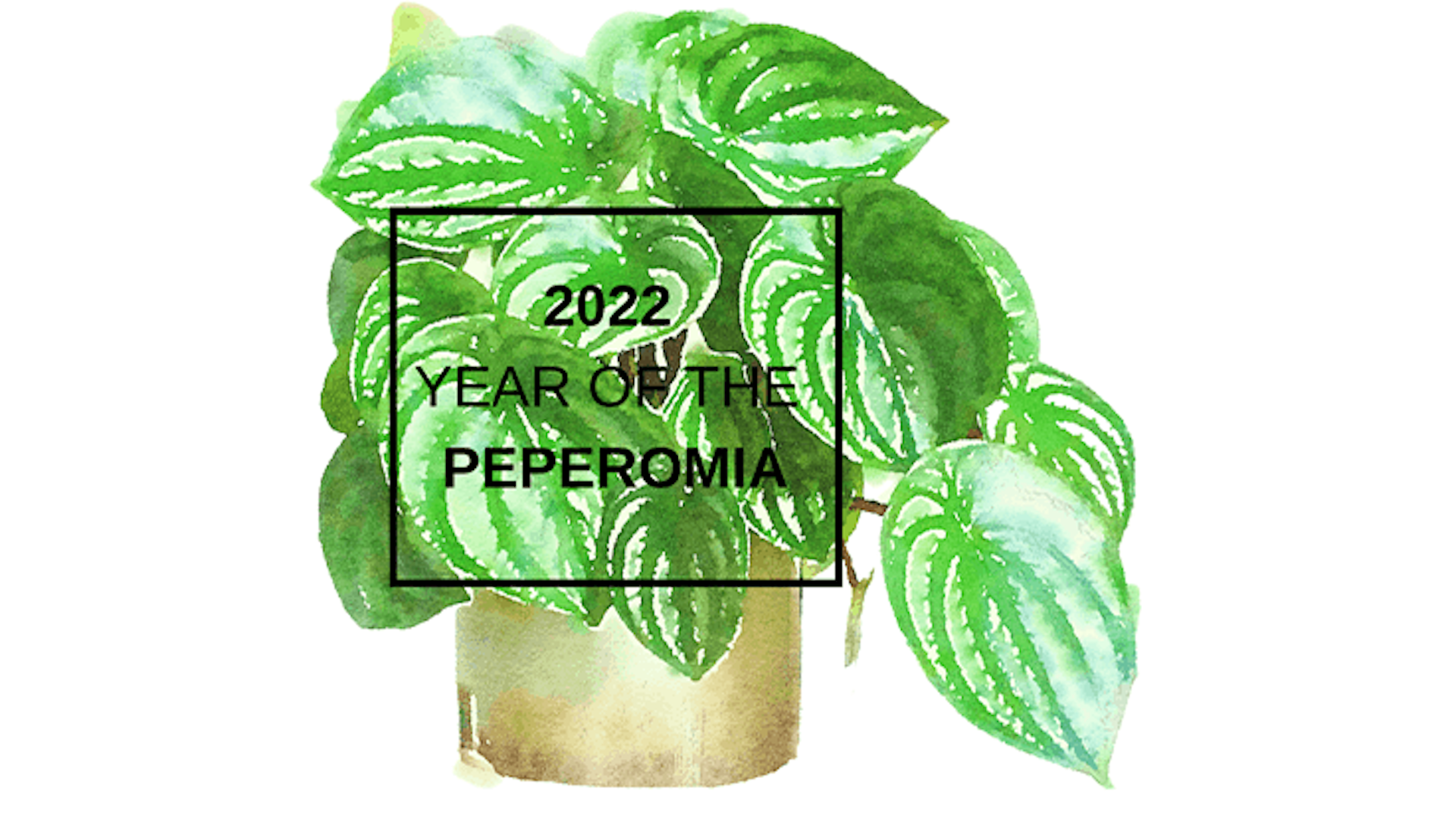 Every year, the National Garden Bureau, a non-profit organization promoting the pleasures of home gardening, selects one annual, one perennial, one vegetable, one shrub, one bulb and, for the first time this year, one houseplant to celebrate. It’s a great way to discover a new plant or to learn a bit more about a plant you may already be growing.

Let’s look at the houseplant chosen for 2022, the peperomia.

Year of the Peperomia

Peperomias are having their much-deserved time in the sun, though they have been sold as houseplants since the 1930s.

For decades, there were only a handful of varieties to choose from, but with their new popularity and ease of growth, many additional varieties have come to market. The many types of peperomia can range from bushy to trailing, upright, or cascading, and from fleshy succulent plants to those less so.

Many peperomias survive in nature as epiphytes or lithophytes, meaning they grow on other living and non-living things. Because they grow mostly in the understory in the tropics, they don’t need bright light, making them perfect houseplants. Peperomias never want to be in full sun, though the plants with thick fleshy leaves will need more light than the thinner leaved, less succulent varieties, so keep this in mind when setting your plant in your home.

Peperomias are a diverse group of plants in the pepper family, Piperaceae. This is the family of the black pepper (Piper nigra), the plant that gives us both black and white pepper, the spices that give our food flavor. (Bell peppers and hot peppers, Capsicum annuum, are not true peppers and belong to the tomato family, Solanaceae.) In spite of the family connection, peperomias, although not poisonous, are not used for human or pet consumption.

The name Peperomia is derived from the Greek ‘peperi’ meaning ‘pepper’ and ‘homoios’ means ‘resembling’, as the tiny flowers ressemble those of the black pepper.

The genus Peperomia is a large one, with over 1,500 species. It is found worldwide in the tropics and subtropics, although the largest concentration comes from Central and South America. Peperomias are extremely varied in shape and coloration, but typically species have thick, stout stems and fleshy leaves, sometimes with leaf windows.

You can choose from many varieties including bushy types and trailing varieties. None of the peperomias get overly large, so they are a nice choice for small spaces.

The succulent species P. obtusifolia, called baby rubber plant, is easy to grow, as it is not the high-light lover that most succulents are. It thrives in medium light and is forgiving of drying out because of its succulence. Its adaptability makes this peperomia a winner all around and it comes in several variegated forms as well.

Peperomia argyreia is also called the watermelon peperomia as its nearly round leaves are colored like a watermelon’s rind.

Peperomia caperata, commonly called emerald ripple, is also a popular form with its deeply quilted, crinkly leaves. It comes in a wide range of cultivars with variously colored and shaped leaves, some even with crested flower stalks.

You might not guess that P. incana is a peperomia because it is a silver-leaved, fuzzy form that does prefer more sun and tolerates drying out more than the others.

Peperomia polybotrya or raindrop peperomia is often confused with the better-known Chinese money plant (Pilea peperomioides). It’s more succulent, more tolerant of drying out, and does not have perfectly round leaves as the pilea has.

Two trailing forms are P. puteolata or parallel peperomia and P. pereskiifolia. Both are easy to grow and make lovely hanging baskets.

A resemblance to miniature turtle shells makes the string of turtles or P. prostrata, also a trailing plant, popular and it is easy to find.

Peperomia ferreyae or happy bean has narrow, succulent leaves that look like beans. There is a transparent line on top of the leaf: a window that allows light in, as this species is a window plant and carries out photosynthesis deep inside the leaf. It needs bright light and excellent drainage.

Is it a Peperomia?

If you aren’t sure if you are looking at a peperomia, their “rat-tail” inflorescence (group or cluster of flowers) helps with recognition if they are blooming. The pale, thin, textured inflorescence does resemble a rat’s tail and if the plant is receiving enough light, you will witness its flowers. However, peperomias are rarely grown for the flowers, but mostly for their amazing foliage.

Once you have one peperomia, the need to have more varieties will come naturally. It’s a great group of plants!

Purchase your Year of the Peperomia plants at your local plant retailer.