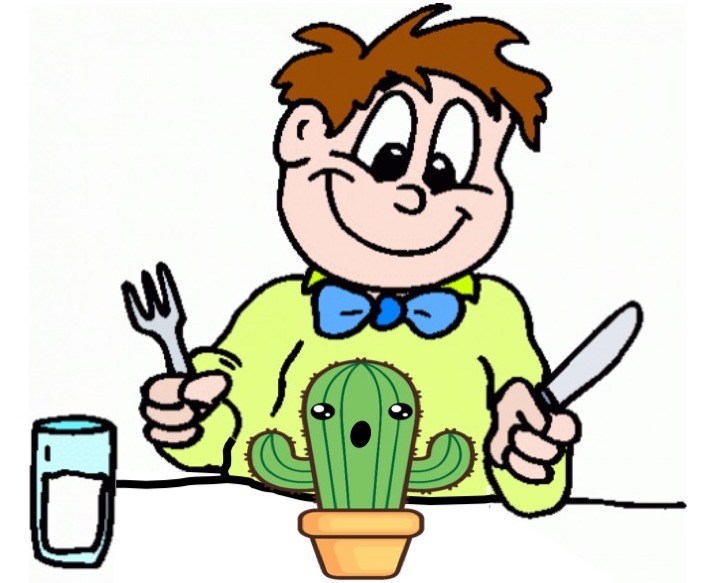 Succulents are not “succulent” in the sense of “delicious.” Ill.: clipart-library.com, montage: laidbackgardener.blog

Beginning gardeners are often confused about succulent plants, often just called succulents. “They must taste scrumptious!” some probably think, because the word succulent is most often used to refer to juicy, tasty, tender food.

But not in this case.

The world “succulent” has another meaning and that’s the one used in botanical circles. It refers to a plant with thick, fleshly leaves or stems used for storing water, a group that includes cactus, crassulas, sedums and many euphorbias.

The word derives from the Latin “succus” (juice or sap) and refers to the fact that the thick leaves and stems of succulent plants contain copious stores of often thick, gooey sap. Succulent plants are from arid climates and have learned to store water in their stems or leaves.

So, don’t eat your succulents, unless you’re sure they are edible (and indeed, a very few are, like “nopales,” which are opuntia pads). Most though have a bitter taste that makes them unpalatable and some are even poisonous.

In general, therefore, it’s better to admire succulents than to eat them!

0 comments on “Succulent Plants: Not So Yummy!”