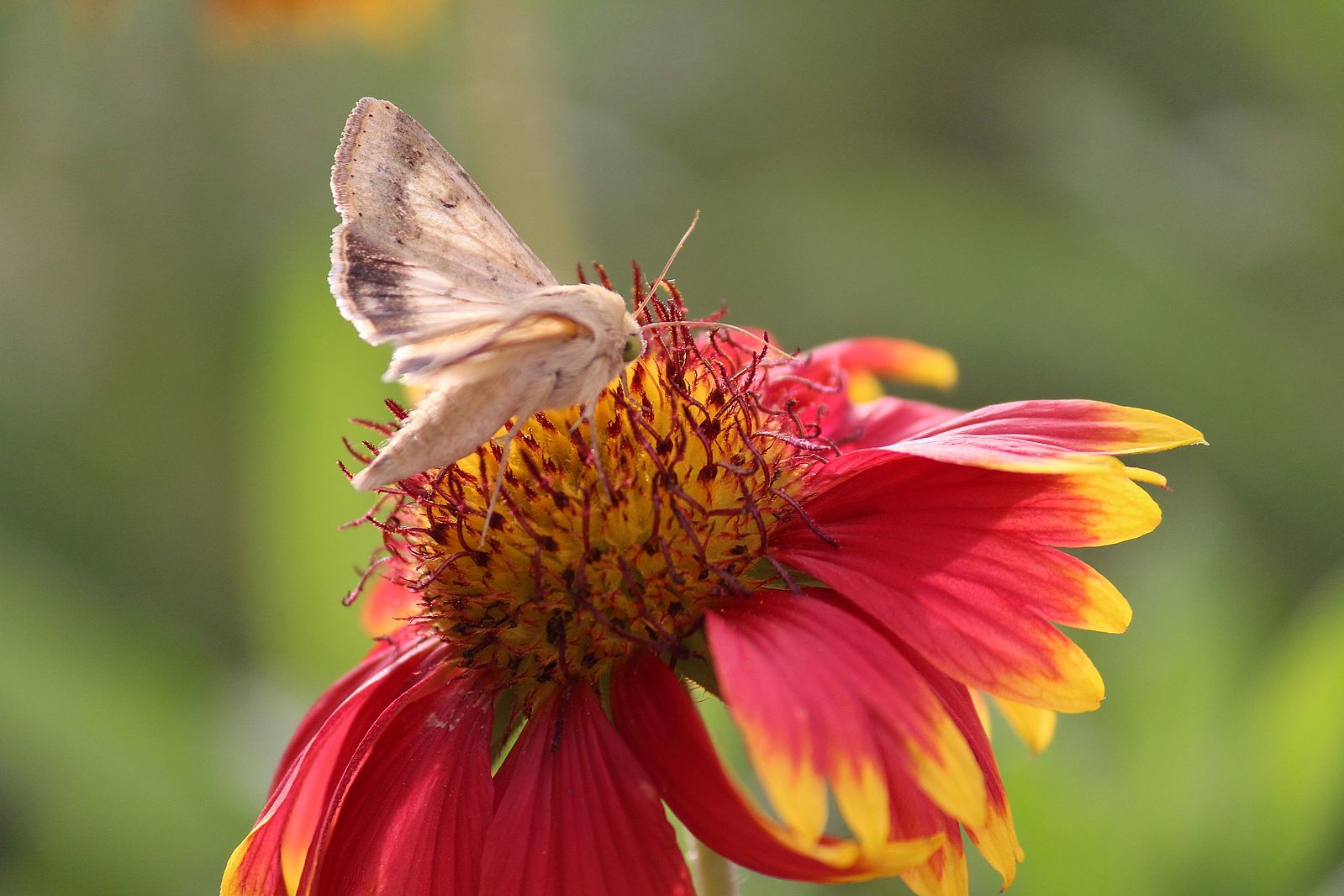 One side of the Lepidoptera family is made up of beautifully colored, dainty, diurnal butterflies that flit from flower to flower in our gardens and are universally loved. The other is composed mostly of nocturnal insects with dull brown, gray or off-white wings: moths, insects we scarcely notice and usually give short shrift to. But—surprise!—moths are actually turning out to be important pollinators … and do a better job at it than the average butterfly.

A joint study at the universities of York, Newcastle and Hull has found that moths have an important but frequently overlooked ecological role: when the bees, hoverflies and butterflies go to bed, moths take over as pollinators. Under cover of darkness, and thus generally unobserved, they often pollinate the same flowers, but carry the pollen over longer distances.

Pollen actually sticks better the average moth’s hairy body, making them more efficient pollinators than slippery-sided butterflies. The scientists in the study tested moths for pollen and found more than 35% of them carry it. Plus, over half the plant species whose pollen they carried were not previously known to be pollinated by moths. That includes both commercially important crops (peas, beans, rapeseed, etc.) and many, many native and ornamental plants. Also, there are more than 10 times more moth species than butterfly species, the potential of most of which has never even been considered, let alone thoroughly studied.

Not all moths are desirable, of course. First, some moths don’t even visit flowers: they have no mouth parts (though their larvae did) and spend their short adult lives seeking a mate, mating and laying eggs. Others have larvae that damage desirable plants (as do some butterfly larvae, by the way). The cutworm is a moth larva, for example, as is the corn earworm. And there is the universally abhorred clothes moth that attacks woollens, silk and other natural fibers. Most moths, however, turn out to be more helpful than harmful.

Attracting Moths to Your Garden

Knowing moths are generally beneficial, you can work on attracting pollinating species to your garden, much as you may have done with bees, hoverflies and butterflies. Among others, you can:

• Teach friends and family about the beneficial nature of moths. I’ll sure they’ll be surprised!

Moths: among your garden’s very best friends. Who knew?

0 comments on “Moths: The Forgotten Pollinators”