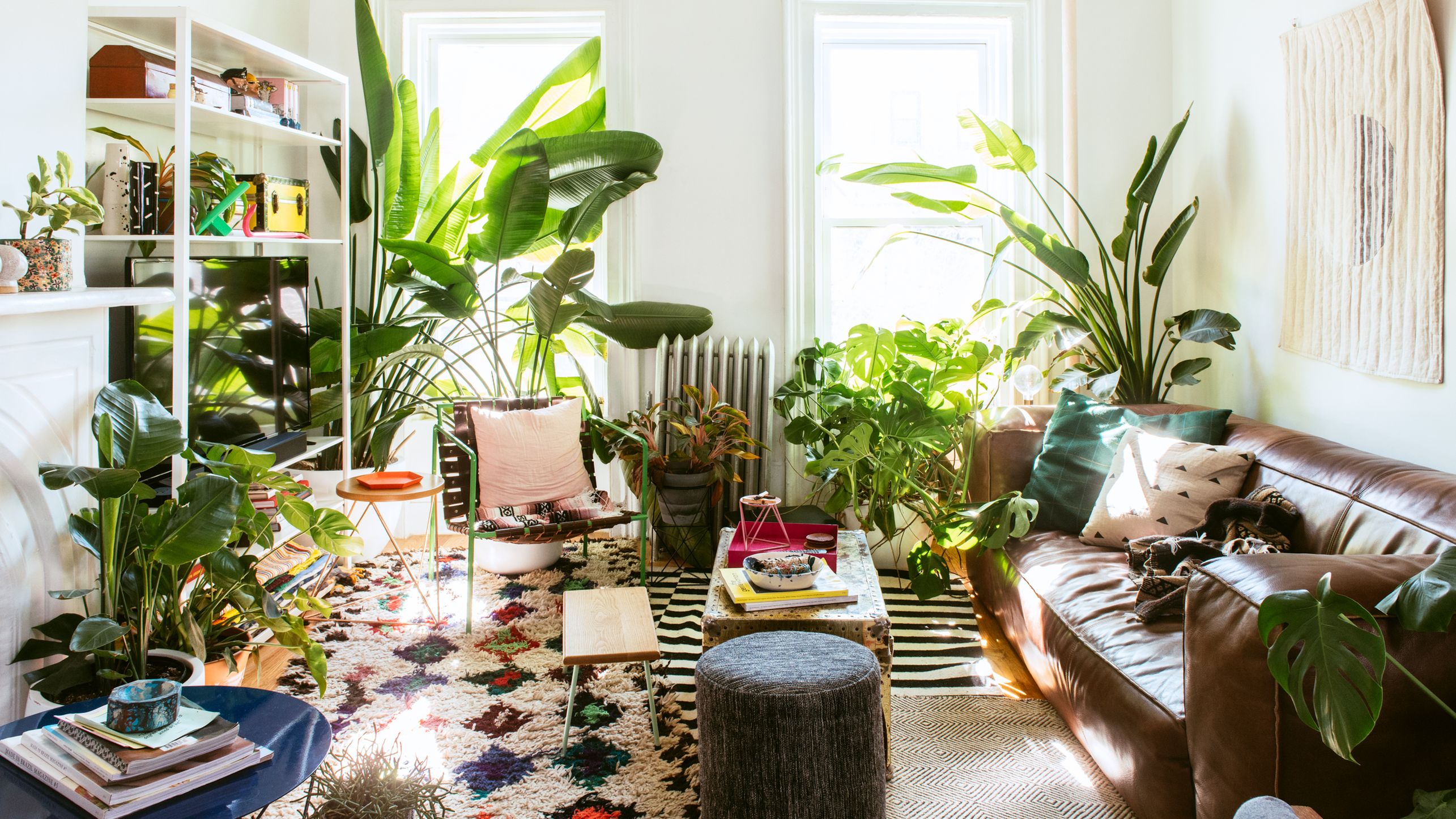 With outdoor gardens slipping quietly into dormancy in the Northern Hemisphere, many the home gardener turns to houseplants to keep a little green in their life. If that’s your situation, it may be helpful to clear up some of the false information that circulates about how to care for them.

Myth 1: The main cause of houseplant loss is overwatering.

False. Actually, the true main cause would be insufficient light. A properly lit plant uses water quickly and it’s almost impossible to overwater it unless you leave it actually sitting in water. When a plant lacks light, though, it has trouble absorbing the water given to it and begins to rot whether it is watered a lot or a little. So, overwatering ends up being blamed for the loss, but in fact, it was the lack of light that has been killing the plant. Almost all plants need good light with a few hours of sunlight a day; in winter, most prefer full sun!

Myth 2: When a houseplant looks unhealthy, a strong does of fertilizer will bring it back to top shape.

False. You would never force a human suffering from the flu to stuff themself on food, would you? Well, the same goes for plants. You should never fertilize an unhealthy plant. If it’s not in good shape, it won’t be able to use the fertilizer you give it at any rate and will build up in the soil, causing root damage. The right time to fertilize a plant is when it’s actively growing. So, if you want your houseplants to be happy, learn to see fertilizer as a reward for good growth, not as a cure for bad results.

False. It’s true enough that almost all houseplants appreciate humid air, but the effect of misting the leaves lasts for only a short time, no more than five minutes in most homes. So, for misting to be effective, you would have to spray every five minutes 24 hours a day … and that can be exhausting. In addition, spraying leaves spots on the leaves and can spread disease. To really increase room humidity and help your plants grow better, use a humidifier.

Myth 4: Place a layer of gravel or pot shards at the bottom of a pot to ensure good drainage.

False. The so-called “drainage layer” does the exact opposite of what was once thought to do: it reduces drainage. Bonsai masters, who keep their plants for decades, if not centuries, know the right way to encourage perfect drainage is to put the smallest particles on the bottom of the pot, middle-size ones in the middle and the larger ones toward the top. Placing large particles at the bottom of a pot is just a waste of time and root space.

Myth 5: To make a poinsettia bloom, put it in a dark closet from September until Christmas.

False. The poinsettia grows year-round and needs light all that time. The proof is that it stays green, always. If you put it in a closet, it may eventually bloom as a last resort, but will by then have lost most of its leaves and will be near death. The real secret to getting a poinsettia bloom again is to expose it to short days: less than 12 hours of light per day. The easiest way to accomplish this is to put the plant in a brightly lit room that simply isn’t illuminated at night. In temperate regions of the Northern Hemisphere, days naturally last less than 12 hours starting toward the end of September. A poinsettia that grows under short days from the end of September on will be in bloom at Christmas as long as you keep up normal care.

Myth 6: If my spider plant (or my orchid, azalea, etc.) isn’t blooming, it’s because it’s a male plant.

False. First of all, all of the houseplants mentioned, and indeed the majority of plants, are hermaphrodites: they carry both male and female organs on the same plant. And even for varieties that have the two sexes on different plants (which is rather rare), both still flower. After all, the pollen (male) must end up on the stigma (female flower part) to ensure seed production, therefore necessarily male plants flower just like females. If your plant is not flowering, either it’s too immature, it’s the wrong season or the conditions are not suitable for it. Most likely it lacks light (the main cause of all things that go wrong with houseplants).

Myth 7: When a plant wilts, it needs to be watered.

True and false. Often wilting leaves indicate a lack of water, and if so, yes, definitely water it and thoroughly at that … but before watering, touch the soil. If it’s soggy, that means excess water has caused root rot and, with inefficient roots, the plant is no longer able to absorb the moisture already present, so it wilts even while practically sitting in water. The rule for watering is surprisingly simple: touch the soil first. If it’s dry, water; if it’s still moist, don’t.

Myth 8: Houseplants should be removed from the bedroom at night because they steal oxygen and can suffocate us while we sleep.

False. It’s true that plants use oxygen for their respiration, but they also produce more by photosynthesis. In total, they actually increase the oxygen level. In fact, it’s thanks to plants and other photosynthetic organisms that there is enough oxygen on planet Earth to allow humans to survive! However, the oxygenating effect of a single houseplant is minimal. You’d need to have a lot of plants in your room for the oxygen level to increase noticeably. So, go ahead and sleep with your houseplants!

Myth 9: Apply mayonnaise to the leaves of houseplants to make them shine.

True and false. Yes, mayonnaise makes the leaves shine immediately after application, but the now sticky leaves become covered in dust and the effect wears off quickly. Also, mayonnaise blocks the leaves’ stomata and prevents the plant from breathing and also reduces light penetration, often leading to leaf loss. So, ban mayonnaise from your plants. Instead, clean the leaves with a soft cloth and soapy water to remove any dust and dirt in order to give them their natural luster. That’s all they need to be beautiful and healthy.

Myth 10: Water should be allowed to stand overnight before using it for watering houseplants so the chlorine can evaporate.

False. First, chlorine is almost never harmful to plants. In fact, they absolutely need it for their growth: it’s one of the essential minerals, such as nitrogen, iron and manganese, that all plants require for healthy growth. But at any rate, chlorine doesn’t necessarily evaporate when water is allowed to stand overnight. More and more municipalities are now using chloramine, which does not evaporate, rather than volatile chlorine, which does. So, leaving the water out overnight will allow some evaporation, thus actually increasing the chlorine in its chloramine form! Basically, though, there is no reason to let the water stand; just use it straight from the tap, lukewarm, to water your plants.

I hope this information will help your plants look better than ever this winter!