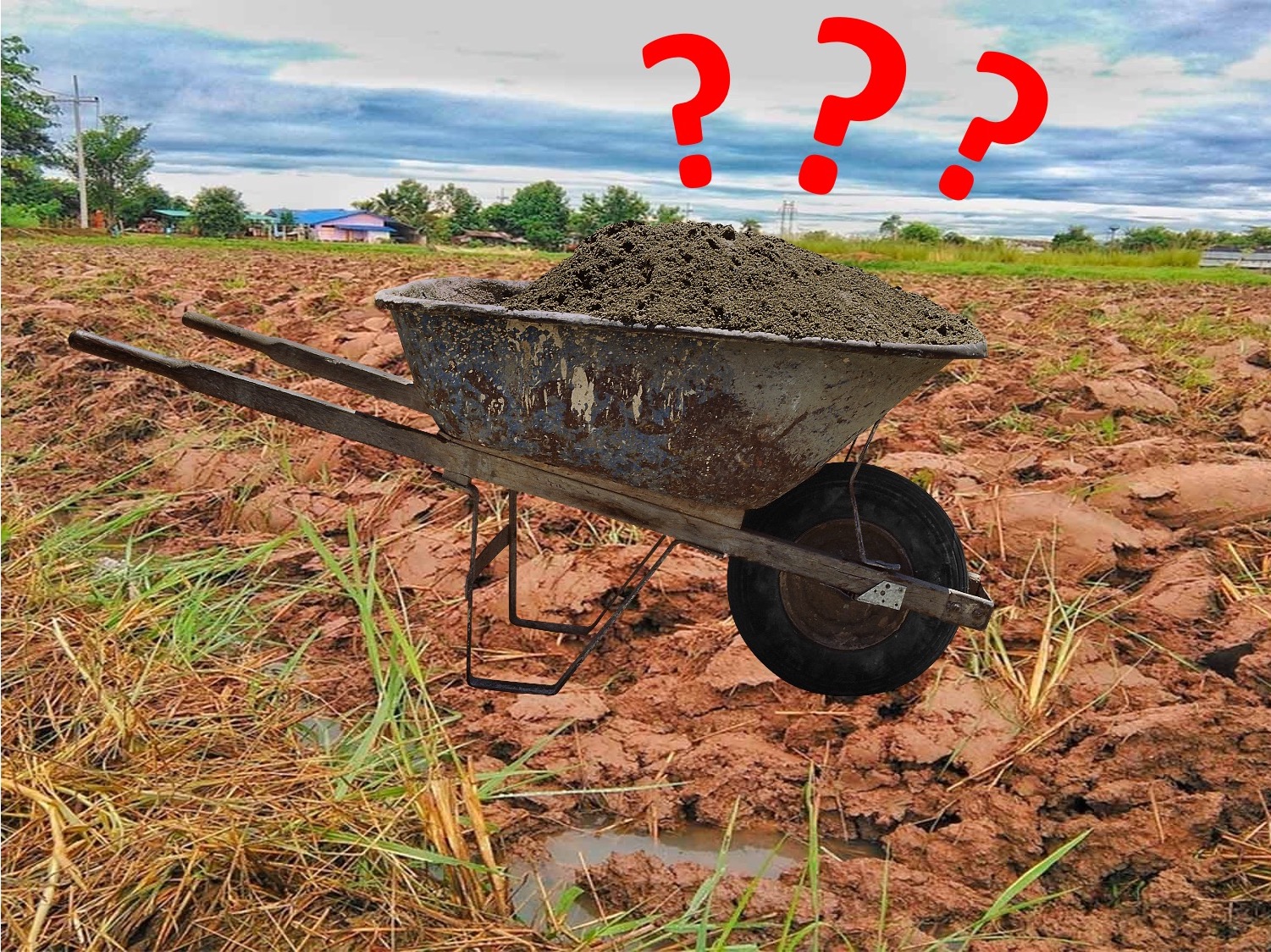 Contrary to popular belief, adding sand to a clay soil will not lighten it. In fact, it will make it even harder to work! Ill.: milyhandyman.com & hiclipart.com

You often hear that the solution to a heavy clay soil—one that is hard to work, takes forever to dry out in the spring, then cracks and stays impossibly parched when it does finally dry out—is to add sand. And the idea seems to make sense. After all, if clay is so dense and heavy, letting water and air circulate with only the greatest difficulty, it’s because it is composed of extremely fine particles that pack tightly together. What could be better than to add sand, whose particles are huge in comparison. Wouldn’t the presence of large sand particles mixed in among the finer clay particles allow water and air to circulate freely?

But that’s not how soils work. Add sand to clay and the clay particles will just pack in again all around the sand, creating a mix that turns rock-hard, more like cement than garden soil.

Instead, to lighten clay soil, the real solution is to mix in a lot of organic matter: 2, 4 or 6 inches (5, 10 or 15 cm) or more of leaf mold, fragmented wood chips, chopped leaves, forest mulch, compost, manure, etc. The humus resulting from the decomposition of organic matter will cause the clay particles to agglomerate, leaving space for air and water to circulate and making the soil lighter and easier to dig.

And you’ll want to continue adding organic matter regularly because organic matter, by its very nature, decomposes and disappears over time. However, once you’ve laboriously mixed in the first load of organic matter in order to lighten the soil, it will be much simpler to maintain the soil’s new lighter nature. You only have to apply the matter to the surface of the soil, as a mulch, since the humus resulting from the mulch’s decomposition will naturally work its way down into soil below.

Or do things the laidback way. Rather than go through all the effort of trying to mix organic matter into lumpy, heavy clay that is not going to readily mix with anything, simply add a thick layer (8–12 inches/20–30 cm) of good garden soil (topsoil) directly over the clay … and from now on, garden only in this new layer of topsoil.

You see, while clay makes a very poor surface soil, it is an excellent subsoil, holding on to moisture and minerals and releasing them to the plants above as needed. With a layer of good soil over a clay subsoil, you just created an environment resembling the very best agricultural land.

In fact, most likely you will have recreated the original conditions of your own yard, the way things were before the house was built. That’s because, in a typical housing development, the first thing that the builder does is to remove and sell the topsoil (it will be used among others in preparing commercial garden soils), leaving a field of clay soil in which plants will struggle to grow. Of course, just before the house goes on sale, the contractor covers the clay with a layer of nice green sod to make the home more readily saleable. So, if you reinstall a good layer of quality soil, you’ll actually be restoring the proper order of things … and making all your future garden efforts easier!

Based on an article originally published in this blog on November 27, 2015.