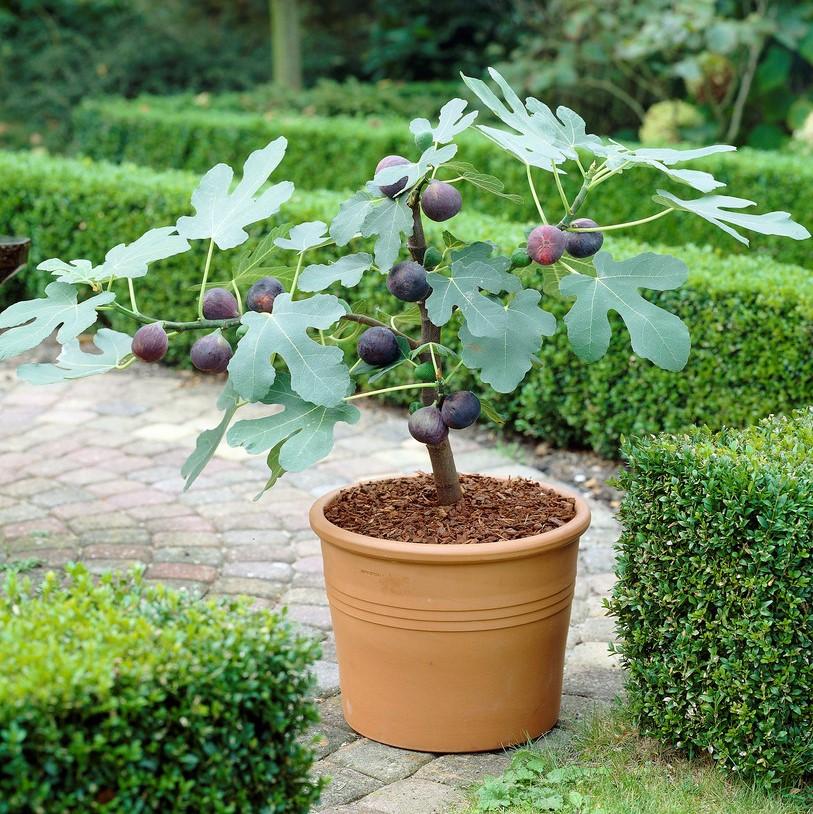 Email Message: I grow a dozen varieties of fig trees (Ficus carica) in hardiness zone 5, far too cold for most figs (they’re normally hardy only to zone 7 or 8). Most are hardier varieties obtained from Richters Herbs in Ontario, ordered via the Internet and delivered to my home. I also have two plants that I bought in, of all places, the seasonal garden center of my local supermarket! I get two harvests each year: a first yield in July and a second at the end of September.

I grow these fig trees in pots and bring them into my garage for the winter after they’ve lost their leaves. That way, they remain cold, but without freezing and are thus kept fully dormant. Then I put them back outside as soon as they start to come out of their dormancy in mid-April.

You can also lay them in a trench in the garden in late fall and cover them with earth or straw for the winter, then replant them in the spring.

It’s a lot of work! But for the joy of eating figs that you’ve grown yourself, it’s worth it!

Personally, when I was a young gardener and ready for any horticultural challenge, I also tried growing hardy figs … in zone 4 (even a bit colder than your region)!

I tried the same two methods, but I must admit that I found it to be a lot of work, especially the trick of burying a quite sizable shrub in a trench for the winter. I only did that once: what a herculean effort!

After I’d enjoyed a few light, but delicious harvests via the “cold storage” method (having no garage, I used my root cellar), I decided that lugging the increasingly heavy fig trees down to the basement, then back up the stairs to their summer home outdoors was just too much effort. When I realized the fifth fall that I would have to get my neighbor to come over and help me move them, that was enough! I just let them die a natural death: a harsh winter outdoors.

I concluded that, in the end, I prefer fruit trees and shrubs better adapted to my climate, ones that can be grown without any special effort, that I can just plant and let grow on their own, like blueberries, disease-resistant apples and haskaps (honeyberries)*. Those are my kind of fruits! (If I call myself the laidback gardener, it’s not for nothing!)

*These fruits are no-brainers under my growing conditions, but what grows readily in yours might be quite a different selection!

But for gardeners more hard-working than I am, it’s true that raising exotic fruits in a climate where they normally can’t be grown is quite a thrill! So, keep up your enthusiasm … and the good work!

4 comments on “Growing Figs in a Cold Climate”