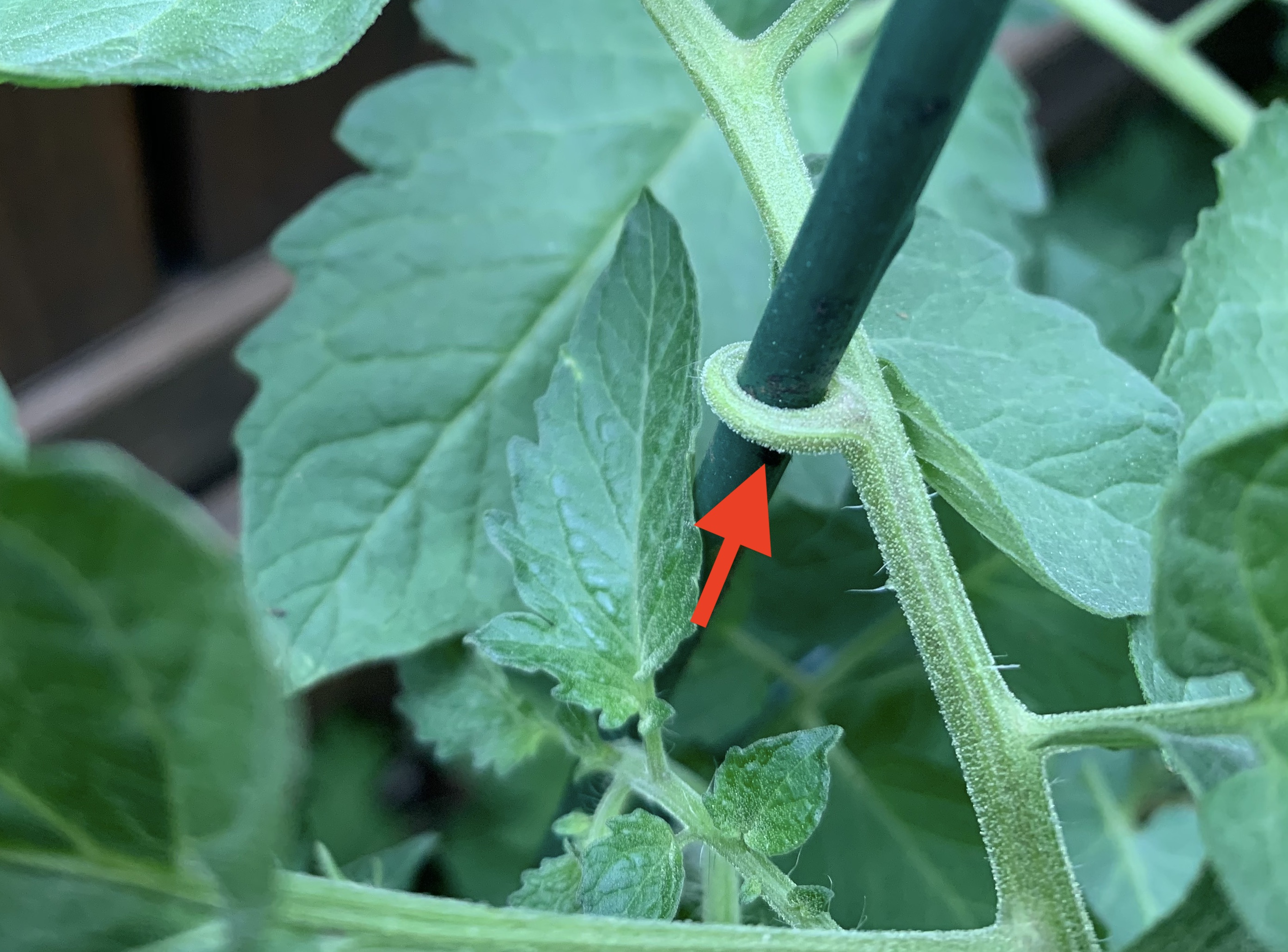 I just noticed the oddest phenomenon on one of my tomato plants (All-America Selections Winner grape tomato ‘Celano’). One of its petioles* has wrapped itself around the wire of my tomato cage. Not just a sort of lazy, accidental twist, but a thorough wrap around … and it’s a tight cling. Obviously, this leaf has no intention of letting go of its support!

*Actually, to be perfectly correct, it is a “petiolule” that’s doing the clasping, since it’s not the leaf’s main petiole, but a secondary one, attached to a leaflet.

Now, tomatoes are essentially climbing plants, as anyone growing an indeterminate tomato can confirm, but they’re usually considered scramblers: in nature, they lean on other plants and mix with their host’s stems in order to hoist themselves up. Gardeners usually tie them to a stake or let them ramble in and out of a tomato cage. I’d never heard of one with twining petioles, nor had I ever seen one. Until now!

I was unable to find any other twining petioles on that tomato plant nor on any of my other tomato plants. However, the “twining petiole” phenomenon is not unknown among the tomato’s relatives (the nightshade or Solanaceae family). Its cousin the potato vine (Solanum jasminoides, now S. laxa), sometimes also produces twining petioles.

Of course, clematis (Clematis spp.) which are not related to tomatoes, are well known for their twining petioles and a few other plants, like climbing ferns (Lygodium spp.), produce them as well, although it’s a fairly rare phenomenon.

Twining petioles on tomatoes are apparently something extremely unusual. Have any of you see a twining petiole on your tomato plants?