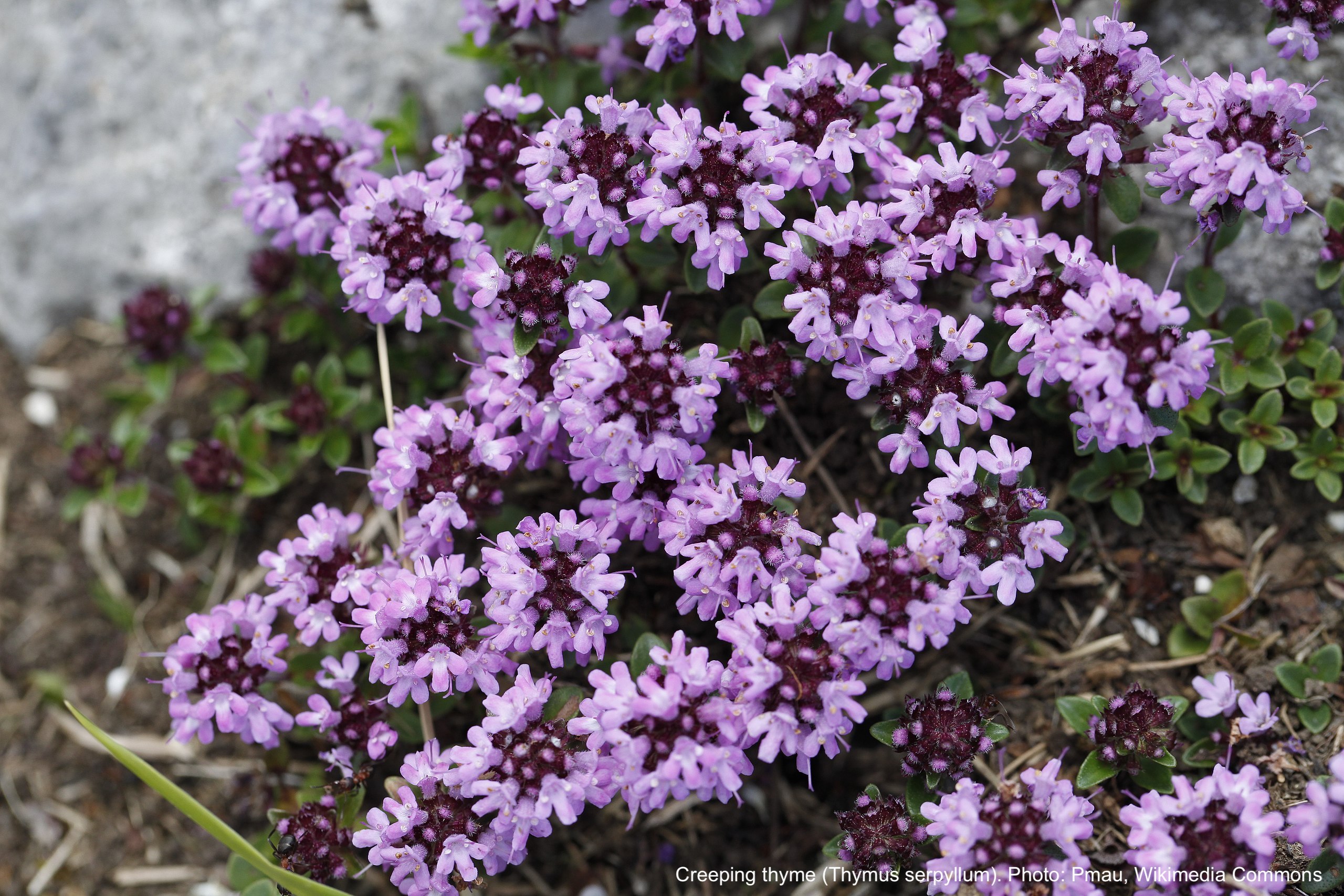 Question: I noticed on by the road near my house in Vermont a herb that looks and smells like thyme. An herbalist friend assures me it’s creeping thyme. Is it edible?

Answer: No thyme is native to Vermont or indeed, anywhere in the New World (they’re all from Eurasia or North Africa), but several species occasionally escape from cultivation and establish themselves in fields, parking lots, roadsides and other sunny locations. Creeping thyme (Thymus serpyllum), also called wild thyme, a thyme with a distinctly creeping habit, rarely exceeding 1 inch (2 cm) in height and used mainly as an ornamental plant, belongs to this group of “occasional garden escapees.”

All thymes (and there are over 350 species in the genus Thymus) are edible and this includes varieties usually thought of as ornamental or medicinal. However, some are more popular in cooking than others. Sometimes their taste or aroma is bland or not particularly pleasant, but often it’s just a question of habit: cooks simply haven’t traditionally used those species in the kitchen. There really isn’t any other explanation!

Creeping thyme is in this category: not that it doesn’t have a pleasant smell and great taste, but it is just not used in cooking on a regular basis.

All thymes also attract bees and they will produce delicious thyme honey in areas, such as around the Mediterranean, where thyme grows abundantly.

3 comments on “Are All Thymes Edible?”