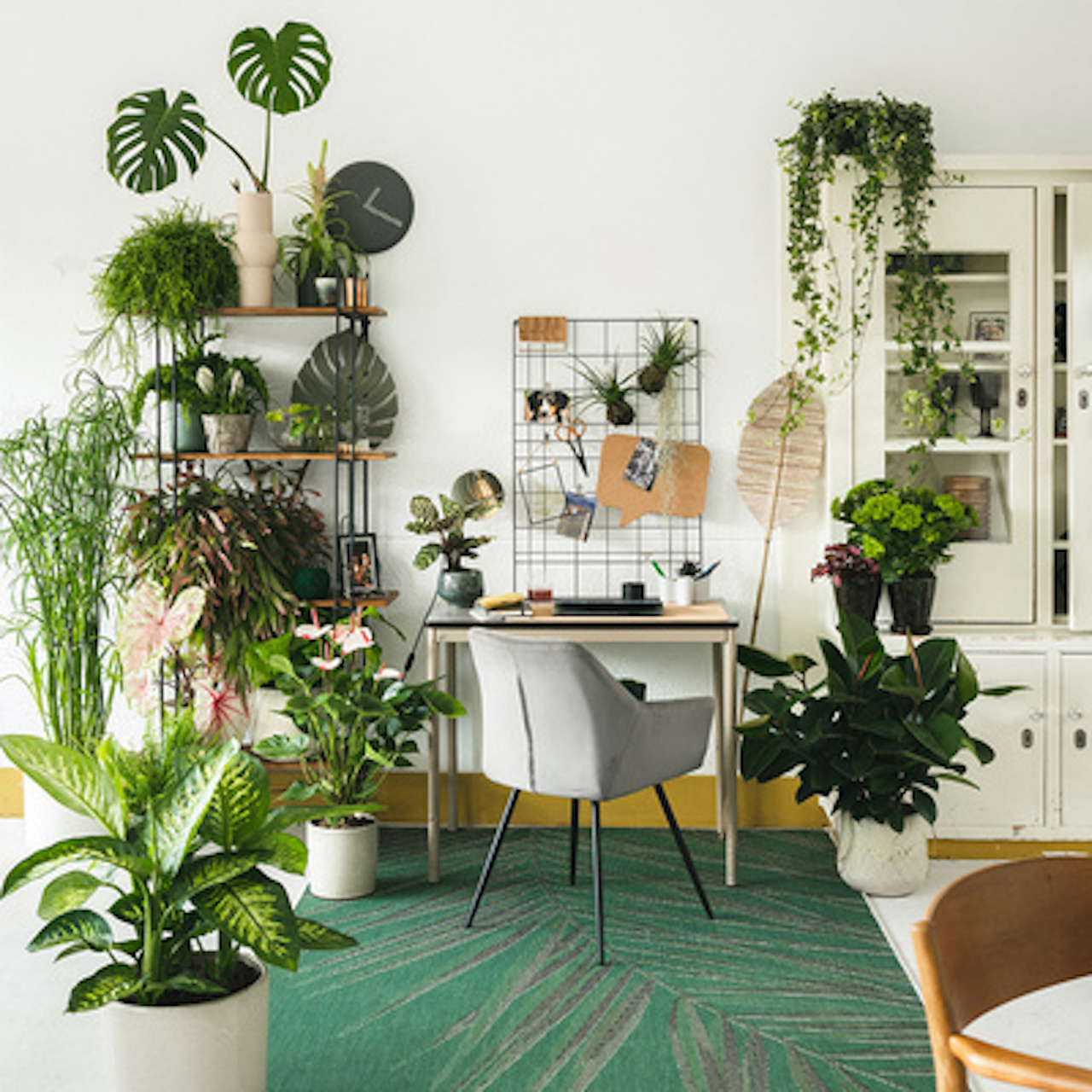 The following article is based on research carried out by the Flower Council of Holland on the interest for plants in the home office. Although done in Europe, I feel the information corresponds pretty much to what I’ve been seeing in North America … and is definitely food for thought!

Consumers Positive About Greenery Around the Workplace

The benefit of plants in the outside office has already been scientifically proven. They improve the air quality, increase the ability to concentrate, reduce noise, and have a calming effect on your eyes.

But do people working from home have the same experience? And do they have plants in their home office? In August 2021, research agency Motivaction conducted some research on the subject on behalf of the Flower Council of Holland.

The Flower Council regularly conducts consumer research and uses the findings to improve its campaigns to promote the sale of floricultural products. The reason for this research was to look at the trend that saw more people buy plants during the pandemic, especially as linked to the increase in the number of people working from home.

Motivaction conducted an online representative sampling of consumers aged between 18 and 70, living in the Netherlands, Germany, France and the United Kingdom (UK).

Working From Home During and After the Pandemic

35% of the respondents swapped the office for working at home during the pandemic. There is only a small difference between each of the four countries. Of all respondents working from home, 38% expect to continue to do so partly or entirely in the future. Working from home, or a hybrid working arrangement, seems to be becoming the norm when possible.

Plants in the Home Office

68% of people working from home have plants in their home office. Half of these have one or two plants, 24% have three to five plants and 10% have more than five plants. Women are more likely than men to have five or more plants in their home office. German home workers are the biggest plant lovers with 79%, closely followed by the Dutch with 73%. In the UK (64%) and France (56%), it is slightly less common to have plants around your desk.

Outside Office Versus Home Office

More Plants When Working From Home

Of the respondents who knew that they would be working from home for a longer period of time, more than a quarter (26%) said they had bought one or more plants for their workplace. Once again, we see that the German home workers did this more often (32%) than the British (28%), the Dutch (24%) and the French (20%). Of those who will be working from home or partly from home in the coming year, 17% say they will definitely be decorating their home office with more plants. 50% say they are considering it.

The Joy of Plants

And what about the specific benefits of plants in the workplace?

Most consumers see the benefits of plants in both their home office and outside office. The Germans are most convinced, while the British may have to get used to the idea. But large groups in the UK also recognize the beneficial effects of plants. Working from home as well as a hybrid working arrangement (working from home and in an outside office) both offer opportunities for people to better enjoy plants.

The Flower Council of Holland is the worldwide marketing arm of the cut flower and houseplant industry of the Netherlands. The council promotes the sale of floricultural products—cut flowers, houseplants, annual garden plants and basic material for propagation—on behalf of Dutch producers and wholesalers.

6 comments on “What Do People Think About Plants in the Home Office?”