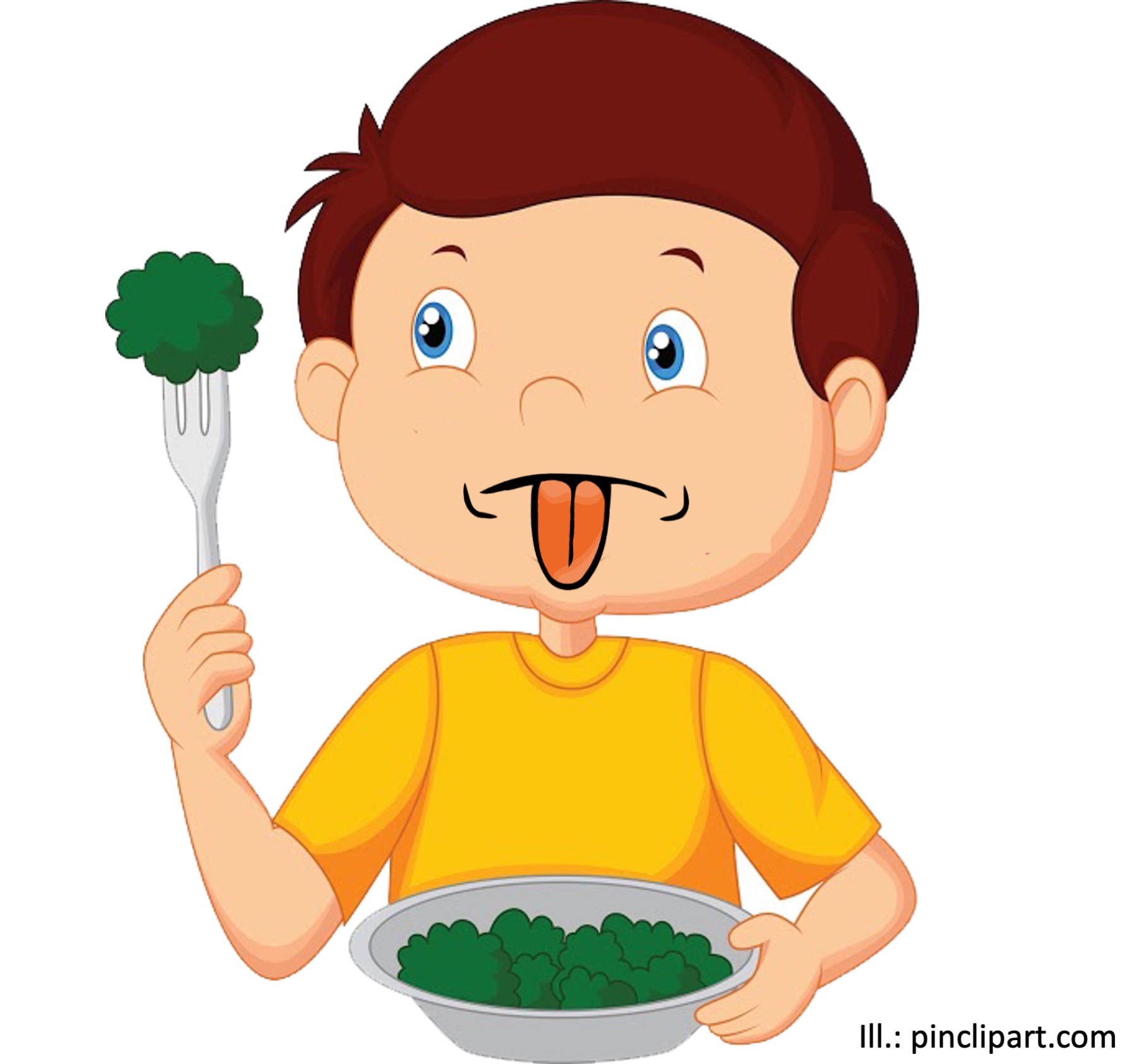 I can recall when my father first grew broccoli (Brassica oleracea italica) when I was a boy. It was a new and trendy vegetable back then, at least where I lived (it has been grown in Italy since Roman times), but I wanted nothing to do with it. Nor did my siblings or even my mother. He had to force us to try it … and even then, I claimed to hate it. I’ve gotten used to it since, though and broccoli has become an “everyday vegetable,” not only for me, but, I suspect, most people in North America and Europe, although apparently former US President George H. W. Bush has never adapted to it.

Well, it wasn’t just my family that was reluctant to try new food plants. The history of vegetables is full of stories of serious hesitations about trying anything coming from elsewhere. Whole societies often disdained the new arrival and that dislike could last generations, even hundreds of years. Here are a few examples:

The case of the tomato (Solanum lycopersicum) is one of the best known ones of human reluctance to consume new plants. Well known to the Aztecs and other tribes of South and Central America, the tomato (from the Aztec name tomatl) was probably sent to Europe by Christopher Columbus or Hernán Cortés, therefore at the end of the 15th or the beginning of the 16th century. Certainly, it was known in Europe in 1544, when a first European publication mentions it, but it was only used at that time as an ornamental plant. No one was eating it.

Indeed, Europeans, seeing a resemblance between the tomato and the very poisonous nightshade (S. dulcamara), a plant of the same genus, refused to eat it, believing that it must be just as toxic. And even after the tomato began to find some success in Spanish cuisine some two centuries later, in the 18th century, the Catholic Church still condemned its consumption, believing that such a brightly colored fruit must necessarily stimulate sexual desire!

There were still hesitations about eating tomatoes right through the 19th century. In 1830, for example, concerned that his people were missing out on a delicious and healthy vegetable, Robert Gibbon Johnson announced publicly that he was going to eat a basket of tomatoes on the steps of the courthouse in Salem, Massachusetts. The townspeople flocked to the show, convinced that they were going to watch him die in excruciating pain. But he survived, convinced others to try them and that did help improve the reputation of the tomato in the United States. Even so, you won’t find many family recipes including tomatoes in the US or Canada before the early 20th century.

The potato (Solanum tuberosum) belongs to the same genus as the tomato. It was domesticated around 7 to 10,000 years ago in Peru and transported to Europe by the Spaniards as early as the 16th century as a potential vegetable. But the Spaniards didn’t like it, nor did other Europeans. In the rare places where it caught on as a crop, it was used mostly to feed pigs … and prisoners.

It was the French pharmacist and agronomist Antoine-Augustin Parmentier (1737–1813), convinced that the potato could be the solution to the frequent famines of the time, who promoted potato consumption, going so far as to publish easy recipes based on potatoes … but he had very little luck at first. Seeing the continuing reluctance of the French to taste this tuber, Parmentier had a brilliant idea. He planted a field of potatoes near Paris and had it guarded by heavily armed men, but only during the day. The Parisians, curious to see a farmer’s field thus guarded, were convinced that the potato must have a very great value. So, they came and stole the tubers at night … and thus the people of France, and later of all Europe, began to eat potatoes. And we still use some of Parmentier’s many recipes to this day!

Developed in Mexico about 9,000 years ago and widely distributed in the Americas, corn or maize (Zea mays) was quickly adopted by Christopher Columbus who had nothing but praise for this plant, both as a vegetable and as a cereal, and he brought seeds back to Spain on returning from his first trip in 1493. However, corn did not appeal to the Spaniards at first. They worried that, if you ate native foods, you would lose your European features and become “a savage.”

However, the plant slowly made progress and was adopted here and there, then more widely. After all, it is an incredibly useful plant (you can use if for flour, oil, sugar, porridge, fresh eating and so much more). Certainly, the Spaniards who settled in the colonies in the New World had no choice but to adopt it: wheat, oats and rye didn’t grow well in the heat of the American tropics, but corn did. As a result, they soon began embracing it. As Spain began adopting corn, peoples from neighboring countries also began using it. Then Arab traders, who learned about it through the Spanish colonies in northern Africa, spread the culture of corn throughout the tropics. As early as 1525, thanks to Arab traders, it was already being grown in Africa, Asia and some parts of Oceania.

But Northern Europeans were much slower to adopt corn, at first, largely for climatic reasons. The corn imported from Mexico was adapted to long, hot summers and didn’t grow well in central or northern Europe. There were, however, corn varieties very well adapted to short summers in what would become the northeastern United States and southern Canada, grown there by the native peoples for almost 1,000 years. The French Explorer, Jacques Cartier, notably, brought back corn from his explorations on the Saint Lawrence River (1534, 1535 and 1541) that were found to be well adapted to growing in Normandy.

By the 17th century, corn from North America had been adopted in northern Europe, but only as animal fodder. There was no Antoine-Augustin Parmentier to promote eating corn! Despite recommendations from many authorities, northern Europeans remained very reluctant to use it as human food.

And that continued well into the 20th century. My father, as a Canadian soldier during WWII (he was a truck driver), traveled through several European countries and later regaled us with stories about the war. One of his favorites was how he and his comrades had to show the French, even though they were suffering from a terrible famine at the time, how to prepare and eat corn. They had never thought that the grains they had stored up as fodder for their animals could be cooked or ground into flour! And in England, where he was stationed for almost three years, he and his friends obtained sweet corn seed from Canada and grew a plot of it near their barracks, then held a corn roast. The Brits were amazed to see them eating “pig fodder” and only a few could be convinced to try it.

Corn is now a fairly staple vegetable in many continental European countries now, including France, although it is not as popular as in North America. Even today, though, it’s still rarely eaten in the UK, except as a salad ingredient.

I recently wrote an article called The Jerusalem Artichoke: Is Any Other Vegetable Easier to Grow? about this tuberous vegetable and its slow progression to acceptance as a vegetable. I think it can be said that, 500 years after its introduction to Europe from the New World, Jerusalem artichoke is not yet firmly accepted as a vegetable. At least not as an everyday one. Maybe it will slowly gain that status.

And now for a story of failure, as the dahlia (Dahlia spp.) remains largely unknown to foodies even today. However, when it was imported to Spain in 1789, the goal was to introduce it as a vegetable, as the peoples of Mexico had consumed its tubers for millennia. Here again, the public was not at all convinced of the culinary merits of the tubers, but instead quickly fell in love with the beautiful flowers of the plant. In the hands of the hybridizers, more than 20,000 cultivars with the most surprising colors and shapes of bloom were developed. As a result, the dahlia has become the most widely cultivated summer bulb in the world, but few people know that its tubers are not only edible, but often even delicious.

Recently, American hybridizers have started to take an interest in the gustative qualities of dahlia tubers again and are working on developing varieties with large, fleshy and particularly tasty tubers (some the size of grapefruits!) rather just than large, showy flowers.

Who knows? Maybe in a few years, we’ll be seeing dahlia tubers on the shelves of our supermarkets!

Here’s another neglected vegetable that has caught on as an ornamental instead. All parts of the canna are edible: leaves, flowers, stems and even immature seeds. Most popular, however, is its starchy rhizome. Originally native to South and Central America, cannas are now widely cultivated as a vegetable in the Caribbean islands and in the Pacific, not to mention Africa and Asia. In this case, it’s still a case of Northerners being slower on the uptake than Southerners, as many people of the South know cannas well and find them delicious.

Many restaurants today put flowers on our plates, but if you watch people at neighboring tables, you soon realize that very few eat them. Many push them aside or eat around them, either seeing them as a simple garnish or being afraid to taste these novelties. Yet, if restaurants put them on your plate, it’s because you can eat them!

The next time you go to a restaurant, I suggest you at least taste the flowers, because many are delicious … and all are rich in vitamins!

These are just a few examples of edible plants that have taken a long time to gain recognition for their culinary qualities. There are dozens more. It’s not that I encourage you to taste just any plant (some plants are indeed poisonous and you should check on any plant’s toxic qualities before tasting it), but it’s a safe bet that some plants in your flower bed that you’ve always considered strictly ornamental will be well worth putting on your plate!

14 comments on “The Ever-So-Slow Adoption of New Vegetables”