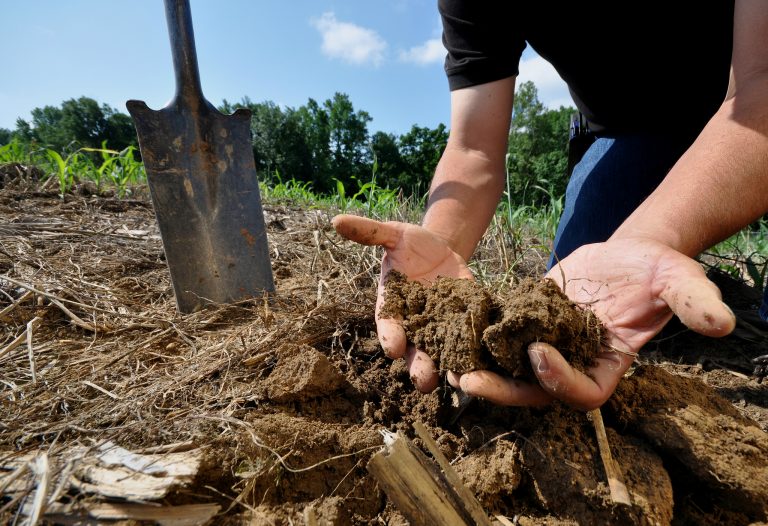 When Ma scolded you for getting dirty playing in the yard, claiming you’d probably catch some vile disease, she was probably wrong. In fact, recent studies are showing that getting your hands (and feet!) dirty is actually good for you.

A bacteria naturally found in soil and dirt almost everywhere on the planet, Mycobacterium vaccae, actually activates the release of serotonin and dopamine in your brain. Dopamine affects your emotions, stimulating feelings of pleasure and dulling pain, while serotonin regulates your humor, social behavior, libido, memory and sleep. So, when you come indoors after gardening feeling refreshed, it’s quite possible a soil bacterium is the cause.

Scientists suspect that M. vaccae is not alone. That other common soil bacteria may also contribute to the feeling of well-being that gardening gives. So, more joy, improved relaxation and less pain, and all this without the side effects and risk of chemical dependency of pills like Prozac.

Such antidepressant microbes in soil are also being studied for improving cognitive function, controlling Crohn’s disease and helping to treat rheumatoid arthritis.

This was discovered accidentally when oncologist Dr. Mary O’Brien tried administrating killed M. vaccae to boost the immune system of patients suffering from lung cancer, but the results went well beyond what she expected. Not only did it indeed stimulate their immune system, as she hoped, but patients reported feeling happier and more energetic and experiencing less pain.

According to a later study by neuroscientists Dorothy Matthews and Susan Jenks, tests on laboratory mice show they are less anxious and more relaxed after treatment with M. vaccae. In fact, they even seem to be smarter, finding their way through a maze twice as fast as untreated rodents. The effect is lasting, too, still present two weeks later.

So, what are you waiting for? Get out outdoors and garden! Preferably barefoot and certainly without wearing gloves!

6 comments on “Dirt Is Actually Good for You: Who Knew?”