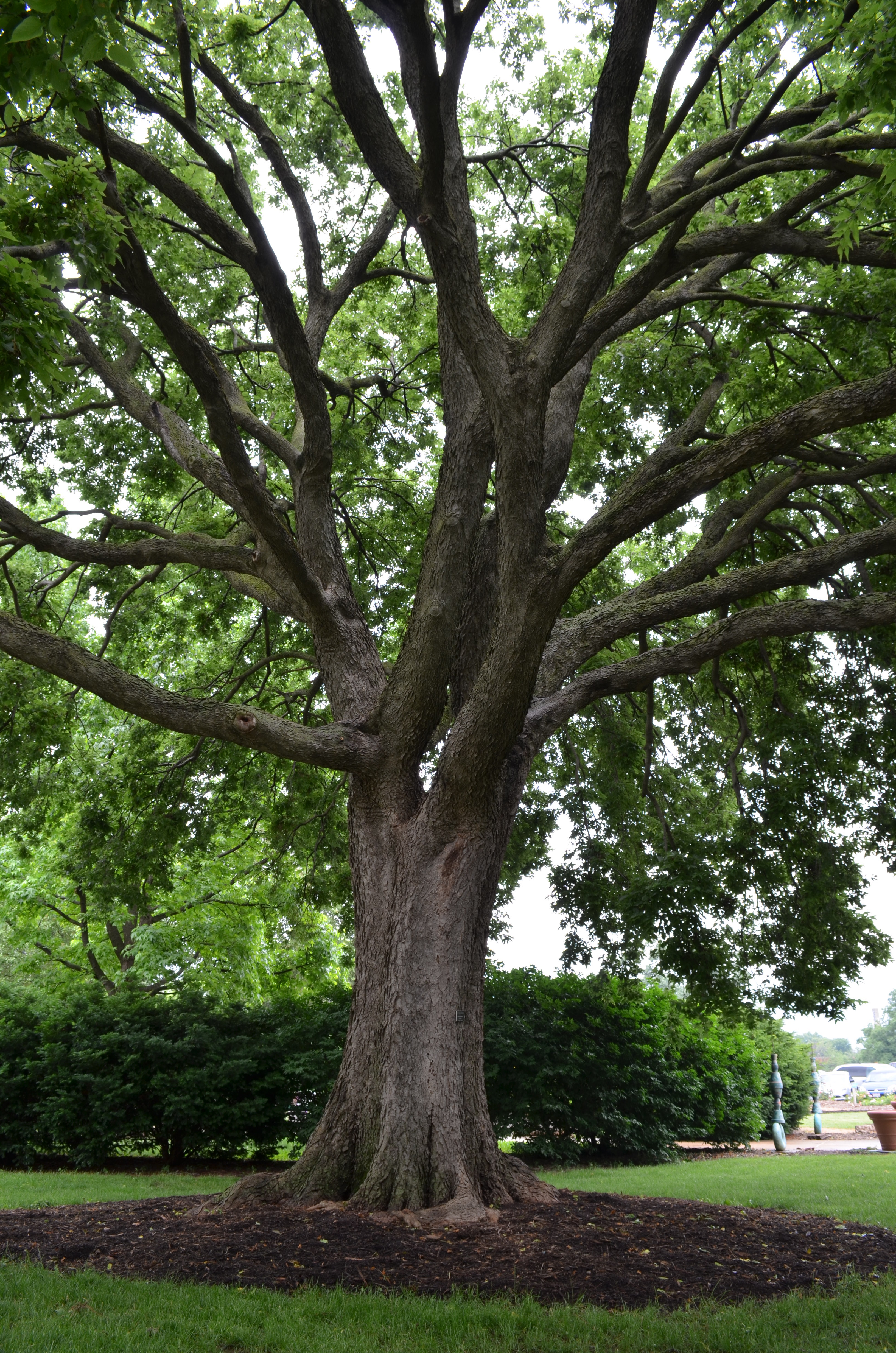 Every year, members of the Society of Municipal Arborists (SMA) nominate and vote for the SMA Urban Tree of the Year. This tradition dates to 1996 when ‘Princeton Sentry’ ginkgo (Ginkgo biloba ‘Princeton Sentry’) was crowned.

For 2020, the Urban Tree of the Year is the common hackberry (Celtis occidentalis).

This tree occurs in the wild from the US Mid-Atlantic in the east to Wyoming in the west up into Quebec, Ontario and Manitoba in the north. In its natural range, it’s sometimes found in rocky, alkaline sites many other trees shun, although mostly in well-drained, fairly moist soils. It doesn’t seem to mind either the hot, humid summers of Alabama and Georgia, nor the cold, snowy winters of Montreal or Toronto. Its hardiness range is quite astounding: USDA hardiness zones 2 to 9 (AgCan zones 3 to 9). And it’s long-lived: many specimens attain the ripe old age of 150 years; some many more.

The hackberries were originally placed in the elm family (Ulmaceae), but taxonomists recently moved them into the hemp family (Cannabinaceae).

More a Workhorse Than a Stunner

Let me be brutally honest: the common hackberry is not a particularly showy tree. You don’t go “wow!” when you see one. The flowers are nondescript, the leaves are—well—ordinary and the berries, too small to be striking. In its normal forest setting, it just sort of blends in. Big specimens, with massive trunks and intriguing bark, are charming, but you have to wait a while for those.

Think of the common hackberry instead as a workhorse tree: it grows robustly, adapts to just any about condition, even the toughest ones (although not severe drought) and will be moderately attractive all year long, but it just won’t knock your socks off. Of course, for North Americans, its native status is a plus. A species you can add to your repertoire of useful native trees.

The common hackberry is a medium to large-sized deciduous tree, generally reaching 40 to 60 feet (12 to 18 m) in height and about the same in spread, with exceptional specimens approaching 100 feet (30 m) tall. It’s fairly fast-growing and can be rounded to vase-shaped in silhouette.

It’s sometimes confused with the American elm (Ulmus americana) because of its similar growth habit and leaves, and indeed, it is often used as a substitute for that species where Dutch elm disease is a problem, but it’s readily told from its doppelganger by its very distinctive bark, smooth and grayish when young, light brown to pale gray at maturity, usually with distinct corky ridges as it ages. And of course, its small round fruits look nothing like elm’s winged seeds.

The berries (officially drupes) are green in summer, then turn orange-red to dark purple in the fall, often staying on the trees for several months. They are edible, rich in protein and somewhat sweet, attracting birds like robins. mockingbirds and cedar waxwings. Since they persist through the fall and into winter, they offer a vital source of food for migrating birds. And the birds carry the seeds from place to place, which explains the tree’s vast distribution.

The lightly toothed leaves are alternate and variable in shape, from ovate to egg-shaped to nearly lanceolate, mid-green and rough on the top, whitish underneath. They turn light yellow in the fall. The inconspicuous flowers are wind pollinated.

As an Urban Tree

As a subject for urban tree planting, the hackberry has the ability to tolerate air pollution, road salt and urban conditions, including a wide range of soils, even temporarily flooded ones. It’s an excellent choice as a street tree, for parks and green spaces and can be planted along rivers to help prevent erosion and minimize the risk from flooding.

There are butterflies—and attractive ones at that!—whose caterpillars feed on hackberry leaves. Some (the American snout butterfly, the tawny emperor and the hackberry emperor) are even specific to hackberries and feed on no other plant. Since damage due to caterpillars is rarely important and you get to enjoy beautiful butterflies, this may be seen as more a plus than a minus!

Hackberries do sometimes suffer from greenish leaf galls, but if you follow the 15-pace rule (if you can’t see the problem at 15 paces, it’s not worth treating), they’re not much to worry about and rarely weaken the tree.

A witches’-broom (abnormal stem growth) due to mites living in symbiosis with a fungus, can occur in some areas and can be quite visible, especially in winter. It would be best to avoid planting hackberries where that problem is common. One cultivar, ‘Prairie Pride’, is specifically recommended as being resistant to witches-broom and would make an interesting solution.

Speaking of cultivars, they aren’t widely available and, in most cases, seed-grown trees are perfectly acceptable for urban use. Among the few that are available, the aforementioned ‘Prairie Pride’ has a more compact, oval crown and thicker, leathery leaves while Prairie Sentinel™ (’JFS-KSU1’) is a tight columnar form no more than 12 feet (3.5 m) diameter.

For more information on the Urban Tree of the Year program, don’t hesitate to contact the Society of Municipal Arborists.